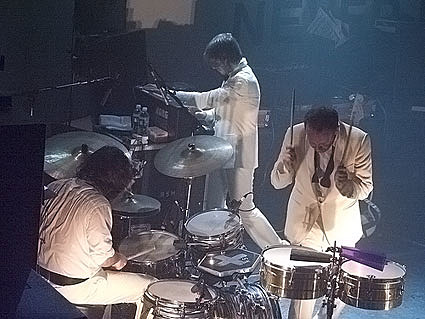 This simply awesome week in dance that started on Wednesday with Soulwax (they were awesome - look for the review next week) continues into this weekend, starting with Friday:

As I already mentioned (price aside) the move for Friday is Underworld at All Points West (Have you mapped out your strategy yet?). I can't stress enough what a great, live electronic music experience an Underworld show is. Tickets are still available.

It's really hard to recommend doing anything else, but here are some other things that are happening: 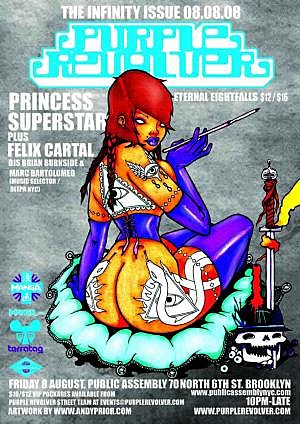 Princess Superstar and Felix Cartal were supposed to be at Studio B, but for now nothing's happening there! According to Studio B's website the event has been moved to Public Assembly. Tickets are $16. VIP packages which include "Manga and Terratag goodies" and "Free Sam Smith's drink upon entry" are (oddly) available through ebay.

The party is a celebration of "the eternal date" - 8/8/08. I dunno about that, but Princess Superstar's sets are really good. She's plays a lot of very current electro that is very well-mixed. She also usually throws in some of her own tracks and does live vocals over them. As for Felix Cartal, I saw him deejay at Love a few months ago and while I wasn't absolutely blown away by his set, he was at least playing some new songs and things I hadn't heard vs. the same 15 tracks that tend to haunt us for months on end.

If you're looking for some good, modern disco, Hercules and Love Affair are at Irving Plaza along with a dj set from a couple of my favorite DFA-ers, Holy Ghost. It will be interesting to see/hear how this Hercules and Love Affair show compares to their debut at Studio B in May, now that they've been touring. Check out the video of their performance of "Blind" at Studio B, below as well as ticket info:

$20 advanced tickets available here or at the box office.

Another great disco option for Friday is the free People Don't Dance No More party. This time it's at Trophy Bar (351 Broadway between Rodney and Keap in Brooklyn) with Robot Blair and friends. Also, be sure to mark your calenders - the PDDNM crew are throwing another one of their great disco cruises! Info below: 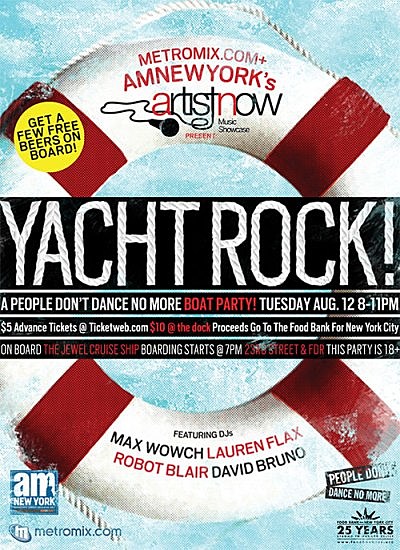