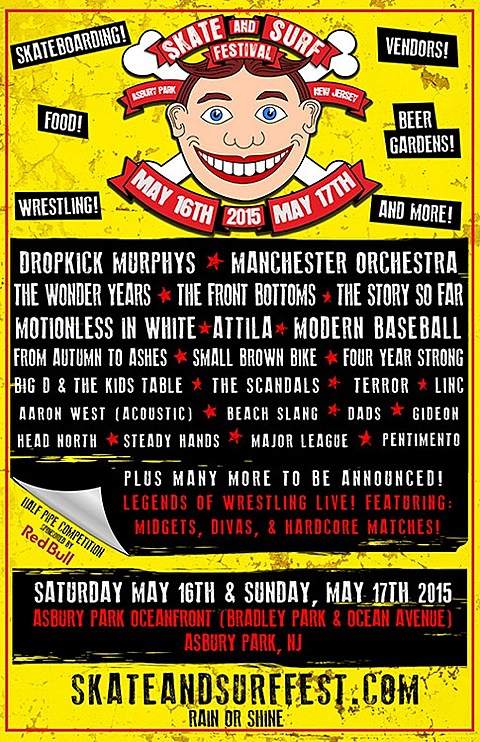 Asbury Park's Skate & Surf Festival returns in 2015 on May 16 & 17, and the initial lineup was just announced, via Property of Zack. There's some cool names this year, including Small Brown Bike, Beach Slang, The Front Bottoms, Modern Baseball, Manchester Orchestra, Dropkick Murphys, Dads, The Scandals, The Wonder Years and more (along with some less cool things like Atilla). Still more TBA too, but you can check out the full initial lineup below. Tickets go on sale at 8 PM today (12/18).