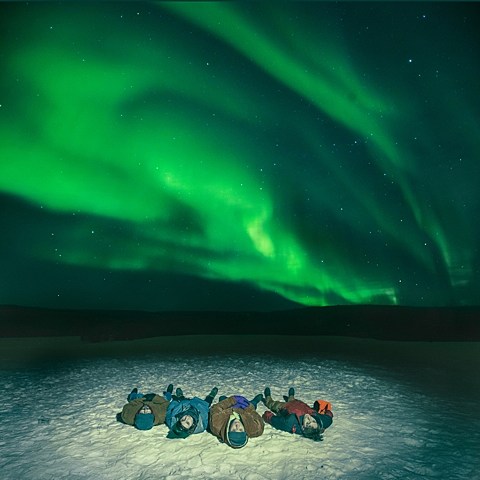 The Front Bottoms haven't announced a followup to 2013's great Talon of the Hawk yet, but they do finally have a new single. (Last year's Rose EP was re-recordings of old songs.) It's called "West Virginia" and it's basically The Front Bottoms doing what they do best -- highly specific lyrics and ultra catchy melodies in a song that's somewhere between folk and pop punk. We've got the premiere of the video below. You can also get a free download by signing for the band's fan club, The Front Bottoms Motorcycle Club.

The Front Bottoms also have a few shows coming up, including the 'Front Bottoms Motorcycle Club Party' happening in Brooklyn on June 22 at Music Hall of Williamsburg. The show's with two of TFB's old pals, GDP and Youngman Grand. Tickets go on sale Wednesday (6/10) at noon, and you get a presale password if you sign up for their fan club. Show flyer below.

They also play Jack Antonoff's upcoming Asbury Park festival, Shadow of the City, on September 19 at Stone Pony Summer Stage with Jack's band Bleachers, his tourmate Charli XCX, as well as Vic Mensa, How to Dress Well, Cults and more. Tickets go on sale Friday (6/12) at 10 AM, with various presales starting Wednesday (6/10) at 10 AM.

The band are wrapping up a run with LVL UP in Baltimore tonight (6/9), and they also have a Cooperstown show with Brand New in August and a free Philly show in September. All dates are listed, with the new song, below... 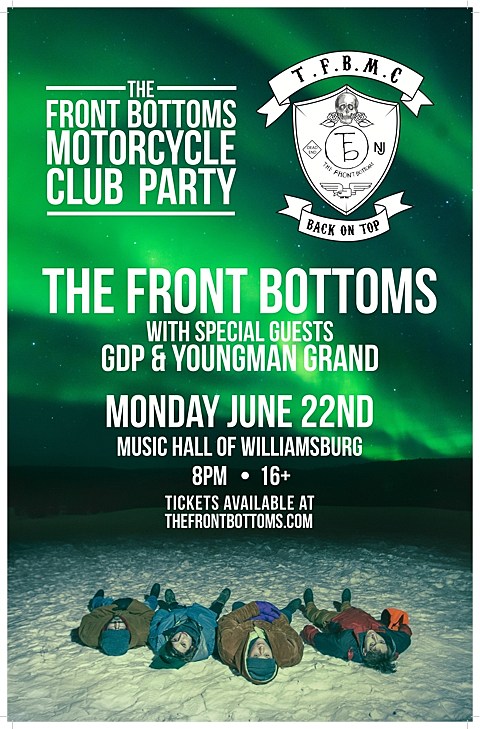