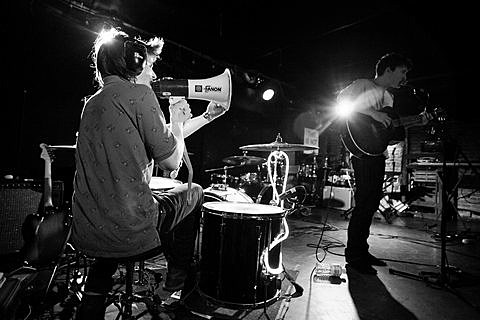 New Jersey folk punk band The Front Bottoms released their self titled debut LP back in 2011 and they're set to release its followup, The Talon of the Hawk, on May 21 via Bar None Records. On the album's first single, "Twin Size Mattress," you'll hear traces of John K. Samson, Hutch Harris, and John Darnielle in frontman Brian Sella's nasally wordy delivery, which of course doesn't make them the most groundbreaking band, but the familiarity is also exciting. And like those singers, Brian's lyrics make for some pretty good facebook statuses and things to drunkenly yell along with your friends at parties, like "I begged you to stay, you said 'Hey man I love you, but NO FUCKIN' WAY!'" Check out the video for that song below.

The band will be supporting the new album with a US tour that kicks off in their home state on June 1 at Maxwell's with support from Weatherbox. Tickets for that show go on sale Thursday (4/4) at noon. After making their way around the country, they'll return to the NYC area for a show on July 12 at Webster Hall opening for Bad Books (the project of Andy Hull and Kevin Devine, who have covered The Front Bottoms). Tickets for the Webster Hall show are on sale now. 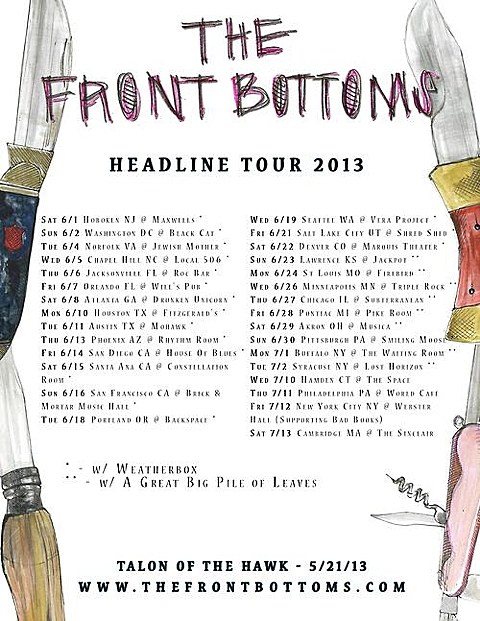