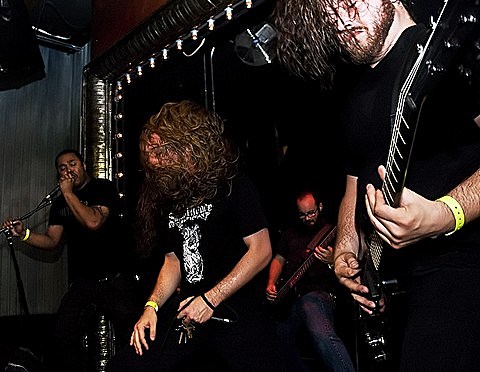 The Funeral Pyre are hitting the road in early March with one of my favorite maladjusted Italian crews, The Secret, to play a strong of dates leading up to SXSW and out to the East Coast. The BrooklynVegan-sponsored trek will include a NYC stop for a BV/1000Knives show at Union Pool on March 27th. Additional support for the Union Pool show is TBA.

The Funeral Pyre released their last LP, Vultures At Dawn, via Prosthetic last year. That effort will be released on vinyl this week (preorder it) and is limited to 500 copies. TFP is no stranger to BV events, as they also played the BV/100Knives/Crustcake Day Party during SxSW at Hoeks Death Metal Pizza in 2010, as well as Union Pool with then tourmates Early Graves. Early Graves singer Makh Daniels passed away in a car wreck months later (R.I.P.).

The Secret released one of my favorite LPs of 2010, Solve Et Coagula, via Southern Lord. We also interviewed the band last year. The Secret is scheduled to play Roadburn 2011 along with recent addition Mamiffer and previous additions Winter, Yob, and many many others. Roadburn 2011 is officially sold out.

Tour dates, tour flyer, and some video is below. 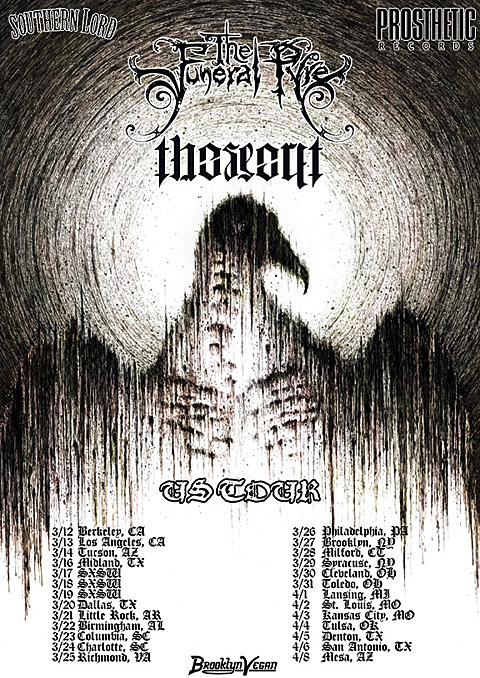