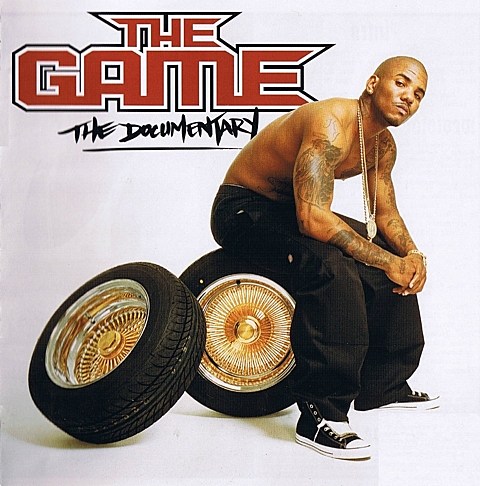 Compton rapper The Game's recent albums have been hit or miss, but 2005's The Documentary is a classic of its time. It was made under the guidance of, and with production by, Dr. Dre and a couple of Dre's other collaborators from that era contributed too. 50 Cent (whose career was also at a high point then) executive produced it with Dre and appeared on a handful of tracks including memorable singles "Westside Story" and "How We Do." And a still-spirited Eminem shows up on "We Ain't." Not to mention Kanye West, Just Blaze, Timbaland, the late Nate Dogg and more all lent their talents to the album too.

The album turned 10 earlier this year on January 18, the same day Game played a 10th anniversary show for it in LA and brought out Dre and Kendrick Lamar. He's now also set to play a 10th anniversary show for it in NYC, which will happen April 14 at BB King's. UPDATE: moved to June 21. Tickets are on sale now. Will any guests come out at this one too?

He also has a Cambridge show coming up, but that one doesn't appear to be billed as a Documentary show. Listen to some Documentary highlights, with all known dates, below...