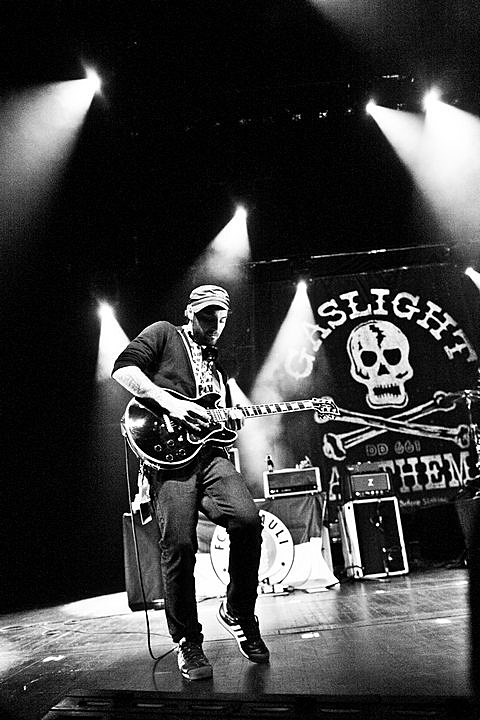 The Gaslight Anthem have finished recording their new album, Handwritten, which they hope to release this summer. The album will be their major label debut (it's due out on Mercury Records) and was produced by Brendan O'Brien.

Plans for a North American tour are forthcoming, but before that, they'll be previewing material from the new album in Brooklyn on May 16 at Music Hall of Williamsburg. It will be an intimate show for the band whose previous trip to NYC was a Radio City show in late 2010. Artist presale tickets went on sale yesterday and are sold out. Tickets go on sale to the general public on Friday (4/13) at noon. The show is doubling as a benefit for Food Bank NYC. Here's what the band has to say about the benefit:

For this show, The Gaslight Anthem and Bowery Presents are working with Food Bank For New York City to hold a Food & Fund Drive to collect canned goods and funds for hungry New Yorkers. Please join us in bringing nonperishable food donations and putting them in the white food drive bins located by the front door of the venue. The top ten most needed items include canned beans, milk, fruit, vegetable, juice, meat, fish, soup, stew and peanut butter.

We are also holding a Virtual Food Drive as another way to donate, information/link coming shortly.

All announced dates are listed below...