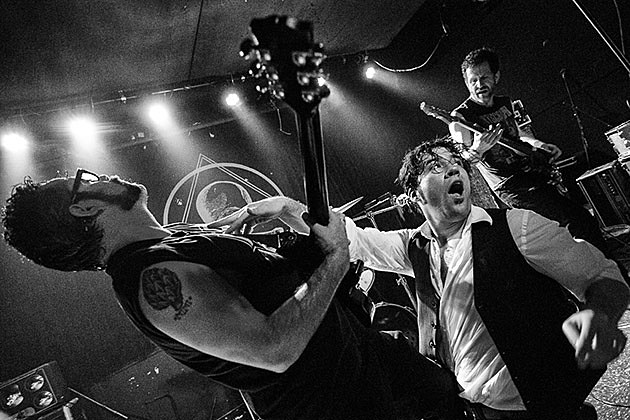 Friday night (1/29) saw veteran Brooklyn heavy-riff rockers, The Giraffes, once again taking the stage at St. Vitus, this time a vinyl release celebration of their latest album, Usury. Finding the right words to describe all that goes into experiencing a Giraffes show isn't easy. Perhaps catharsis best sums it up. Like a medieval troupe performing a twisted morality play, the bands hypnotic show pulls audience members into its spell.

The center of this quartet is the Svengali-like lead singer, Aaron Lazar. Dressed in a dark three-piece suit Lazar embodies the persona of the corporate stooge one imagines as the antagonist from the album Usury. Flanking Lazar are Josh Taggart on bass, Andrew Totolos on drums, and the legendary riff-monster Damien Paris, all of whom are like the many temptations of St. Anthony, reminding Lazar's character that his true nature is not the corporate cross.

The set started slowly at first with the epic "Blood Will Run" off the new album and, while occasionally plagued by some technical issues, the band quickly found their feet, ramping up the heaviness and the energy, delivering a classic Giraffes show. Over the next frenetic hour, under a barrage of drinks and taunts from the audience, the musical tension built, the players dug deeper into their instruments, and Lazar's stooge unravelled to reveal the veteran rockers finishing with a punishing version of "Honey Baby Child"  -- a song dedicated to a recently deceased friend. Needless to say, the Giraffes are still one of the great bands of NYC.

Check out more pictures from The Giraffes show at Saint Vitus, below... 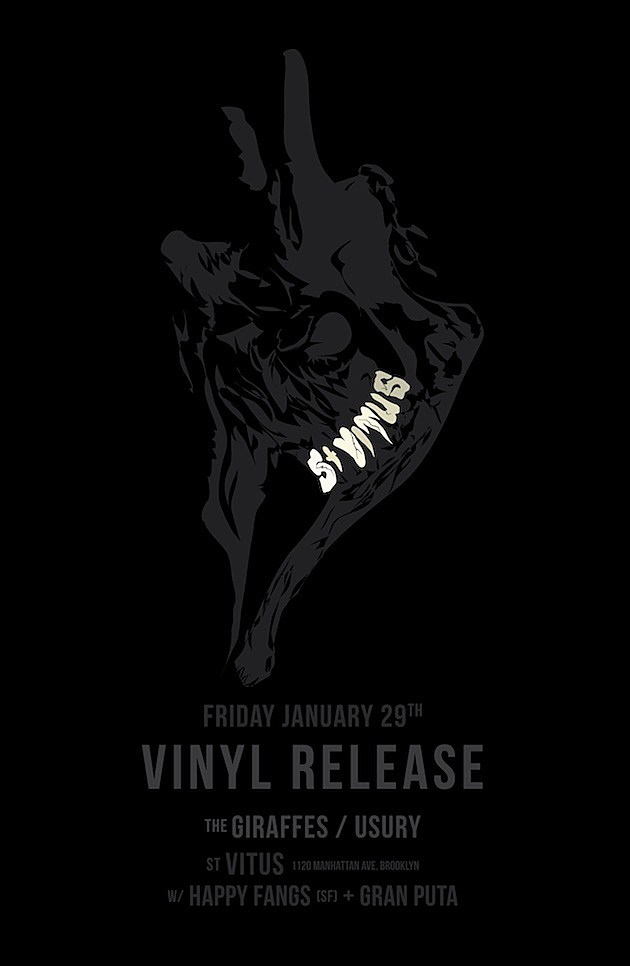 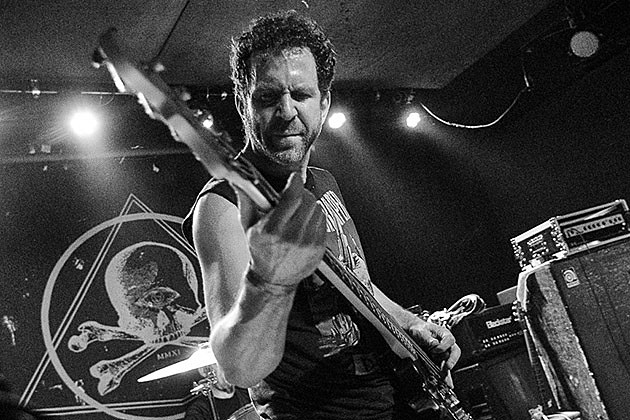 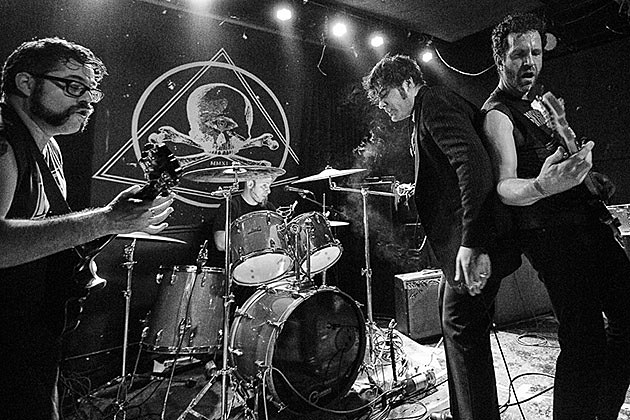 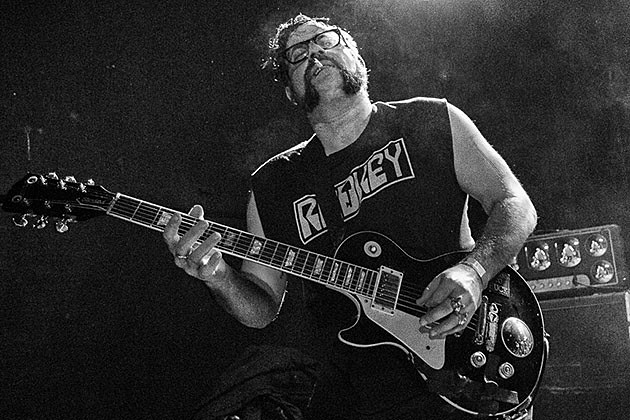 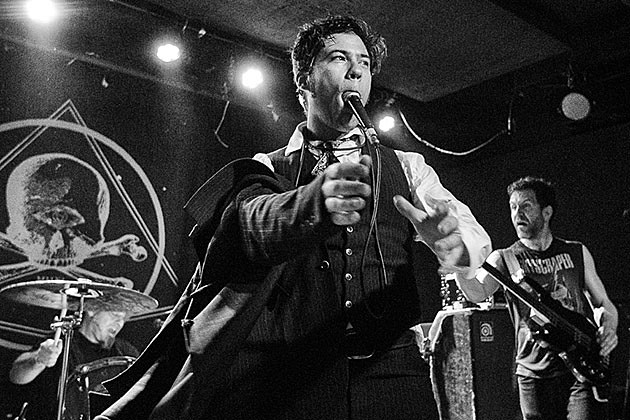 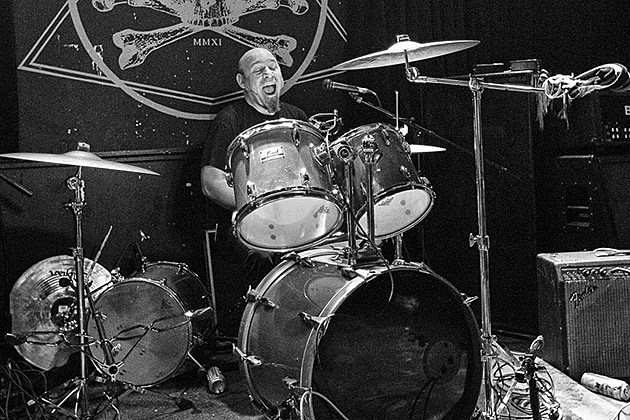 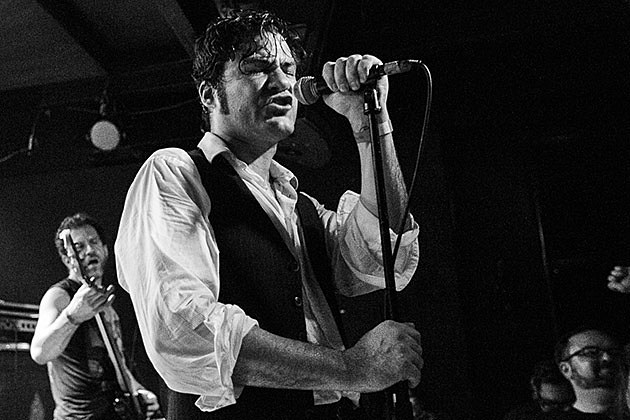 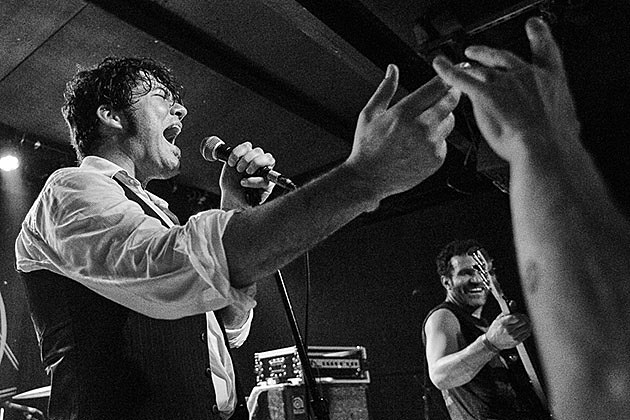 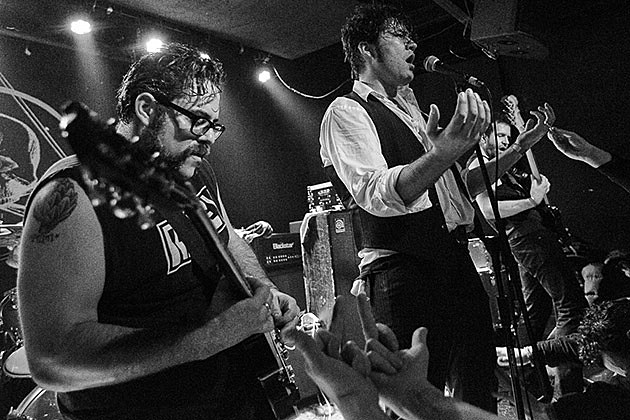 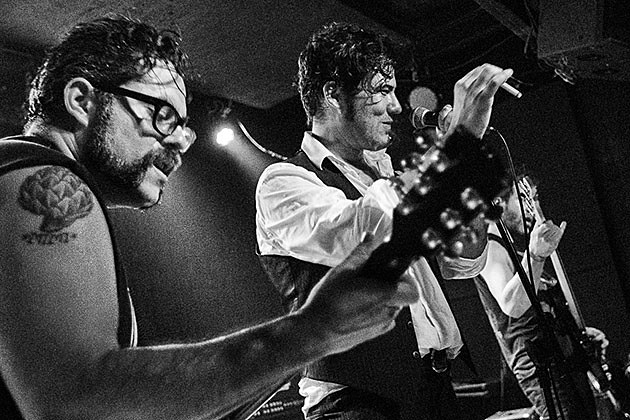 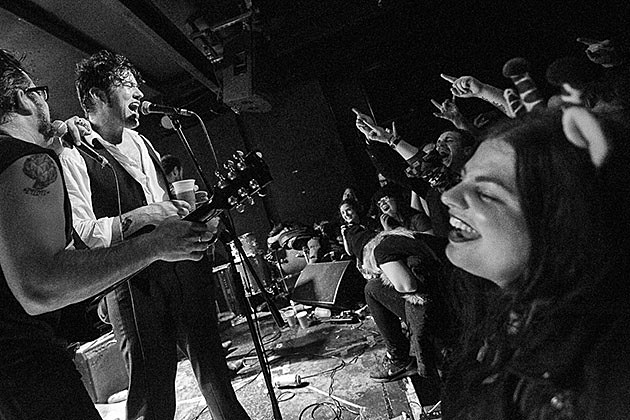 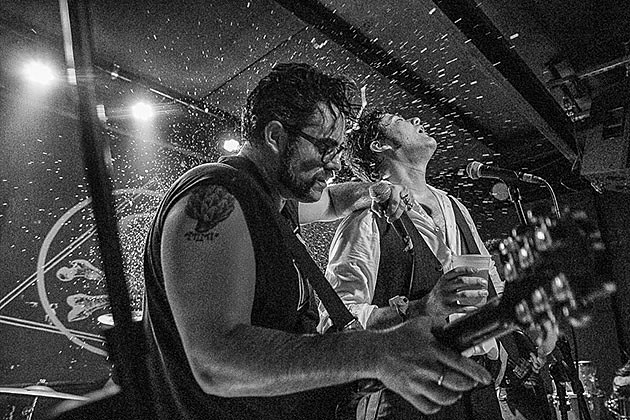