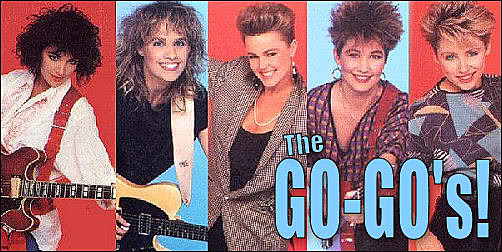 After 30 years together and a slew of chart-topping songs that defined an era, the Go-Go's announce Happily Ever After - The Farewell Tour. Happily Ever After kicks off July 7, 2010 at Lilith Fair in San Diego, wraps up July 27 in Austin, and will include a live television performance on Good Morning America, July 16 in New York City.

The Good Morning America appearance is one day after they play Morristown, NJ and one day before they play Atlantic City. A few days later, July 20th, they hit Irving Plaza in NYC. Tickets for that show go on Live Nation Presale (password = keyboard) at 10am. General sale begins Friday at the same time.

The shows will feature the original lineup of Belinda Carlisle, Jane Wiedlin, Charlotte Caffey, Gina Schock and Kathy Valentine. All dates and some videos below...