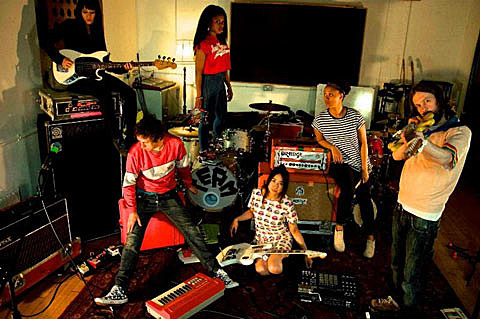 The Go! Team released their fifth album, The Scene Between, earlier this year which main man Ian Parton made by himself (apart from vocals), much as he did on The Go! Team's 2004 debut, Thunder Lightning Strike. Like that debut, the new album mixes samples, funky rhythms and sunshine pop into a rather winning combination. If you checked out on The Go! Team a while back, you might want to give this one a spin. Do so via Spotify and watch a couple videos, below.

The band will be here in January for their first U.S. tour in five years. Dates include a stop at NYC's Brooklyn Bowl on 1/21. Tickets for that NYC show go on sale Friday (10/2) at 10 AM. All tour dates are listed below.