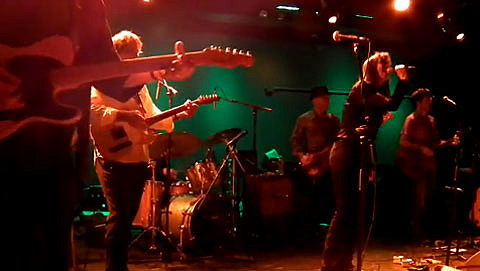 The Golden Palominos, led by drummer Anton Fier, played their first show in 23 years at (Le) Poisson Rouge on Friday, May 7th. We weren't there, but a pair of high quality videos turned up on YouTube. Check out those (one with the band's 1985-87 singer Syd Straw, one with guest vocalist Robert Kidney) below.

Miss it? There's a second chance to catch the band tonight (Tuesday, May 11th) at the Living Room. Tickets are on sale.