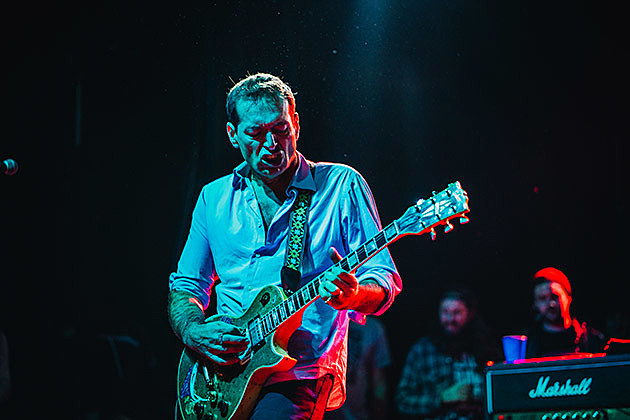 Drive Like Jehu are back in a pretty serious way these days, playing the just-announced Noise Pop Fest and curating and playing ATP in Wales. Now their curated lineup for that fest has been released, and it features The Gories, King Khan (both with The Shrines and BBQ Show), Mark Arm and Steve Turner's Mudhoney side project The Monkeywrench, reunited DC hardcore band Soulside (pre-Girls Against Boys) (playing Hot Bodi-Gram in its entirety), Mission of Burma, The Blind Shake, The El Vez Punk Rock Revue, Betunizer, and more to be announced.

That goes down April 22/24 at Pontins, Prestatyn, North Wales, and tickets are on sale now.

Check out video of Drive Like Jehu's initial reunion set from back in 2014, along with a cute post of DLJ's John Reis with his buddy Kurt Ballou (who presented him with a guitar at FFF fest) below...