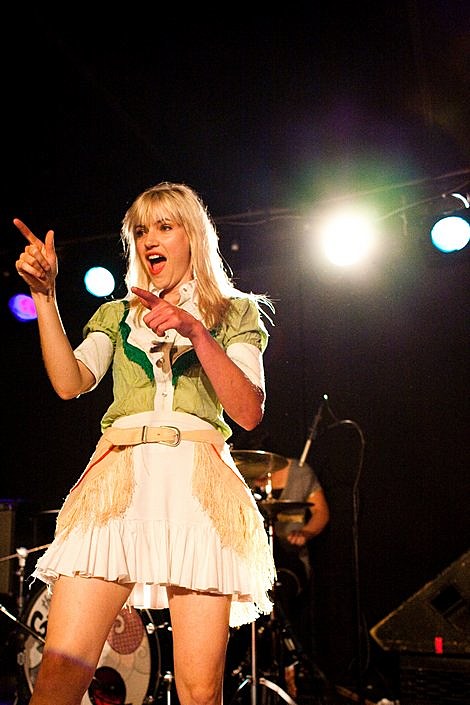 Patience explained why we [in Australia] haven't heard much from The Grates for a while - they've been living it up in Brooklyn for the past six months working on a new record.

"We're trying to do it like it's a job, like you guys. We're not getting up quite as early... It's like deadline, today, new song, 5pm. I think it opens up the creative process in a way. I used to think it hindered it. Like our last album I was like 'it's gotta be totally organic, I don't want to force anything'. And then this time round it's like, let's go in every single day. And because you're making yourself available it works."

Patience also revealed she's been cranking up the reverb on her vocals recently and that the new songs will have a psychedelic flavour to them. The band plans to have the new album ready later this year. [abc.net, Jan 12]

That possibly explains why the Australian band played Mercury Lounge and Bowery Ballroom in the fall (not to mention the Patience spotting at Les Savy Fav's Knitting Factory show). The Grates' third album is expected later this year on Dew Process.

Their next and only scheduled show is a March 27th gig in their new, temporary hometown at Brooklyn Bowl. Tickets go on sale at noon.

Videos of the band (including their video diary from SXSW last year) are below...