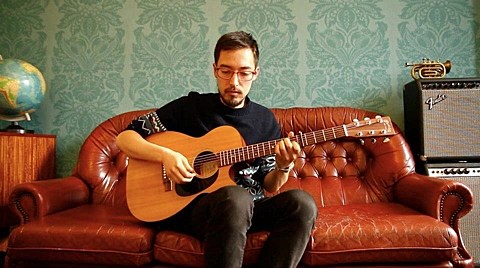 The Great Albatross is the current project of A. Wesley Chung, who previously led '00s-era indie folk collective Boris Smile (which counted Avi from Avi Buffalo as a member). As The Great Albatross, he released his debut 7", The Roots, earlier this year via Count Your Lucky Stars. As fans of his previous project may expect, it's aughts-style folky indie pop reminiscent of Death Cab for Cutie, the Garden State soundtrack, The Wooden Birds and more. If you dig that stuff, it's worth checking this out too. We've got the premiere of the video for the title track, which you can watch below.