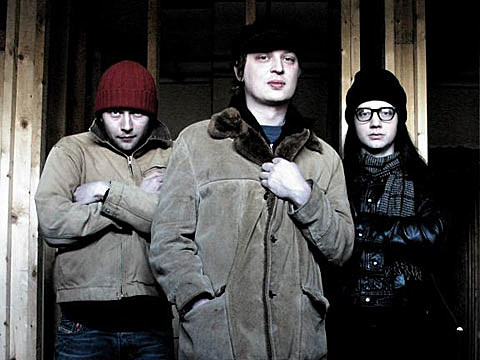 After detours in The Raconteurs and The Dead Weather among other projects, The Greenhornes are back at it and will release their first LP of new material in eight years via Jack White's Third Man imprint. The record, entitled Four Stars, will be proceeded by select east coast dates that will include Mercury Lounge on 9/3 (free with RSVP) and Maxwell's on 9/4 with The Black Hollies (tickets) leading up to their appearance at ATP NY on 9/5 ("full" lineup).

A month later (on 10/2), The Greenhornes are confirmed for Scion Garage Fest 2010 in Lawrence, Kansas alongside a plethora of killer notables including The Oblivians (who recently played Knit), The Gories (who just played Bowery and toured with Oblivians), The Raveonettes (who are playing Bumbershoot), King Khan & The Shrines (who are playing Santos and Bell House), Best Coast (who just played the Seaport and like weed), Tyvek, Thee Oh Sees, Hunx & His Punx, and a ton of others.

Much like Scion Rock Fest, the show will take place across four venues and is FREE, but RSVP is required. Full lineup is below.

Some videos and the full Scion lineup & flyer is below... 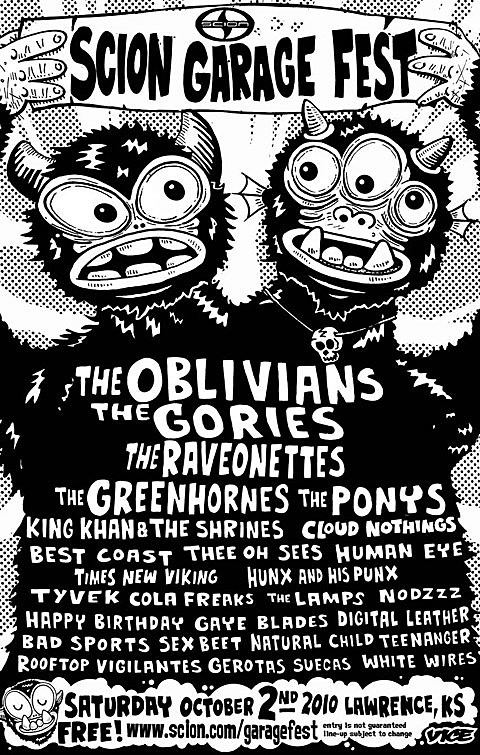 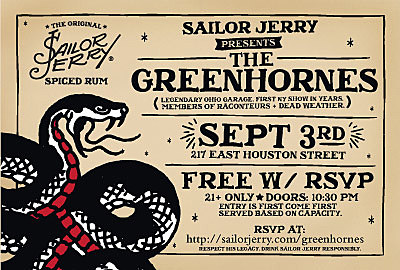