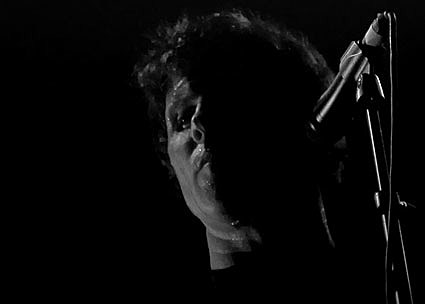 After a pretty lame applause from the crowd, Greg Dulli emerged to the stage. Smoking his hundredth cigarette of the night, the Gutter Twins co-frontman quickly confronted the crowd as to why the rest of the band remained hidden in the shadows on the side of the stage. Saying something like "We walk off stage, 5 people clap, and we're supposed to come back out and play more songs," he criticized the crowd for their incredibly weak call for an encore. [NY press]