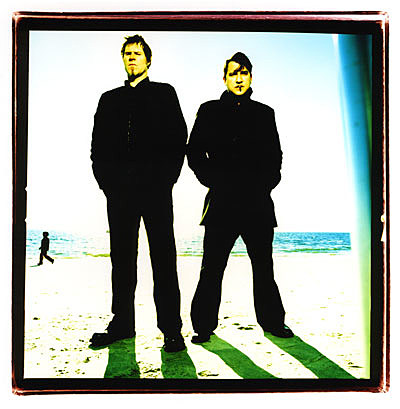 – Sub Pop veterans Greg Dulli and Mark Lanegan return to the label in its 20th year under the moniker The Gutter Twins for the March 4th, 2008 worldwide release of Saturnalia, their highly anticipated first album. In addition, the band has announced a handful of very special US and European show dates to preview the complex and carefully crafted songs in advance of the official record release.

“I couldn’t tell you what Saturnalia’s theme is, but there’s a seeking of transcendence that’s new.” Greg Dulli explains. “I have never written songs like this before” it’s a different temple I’m visiting.”

They're playing Bowery Ballroom on February 14th. Tickets are on sale. All dates below....