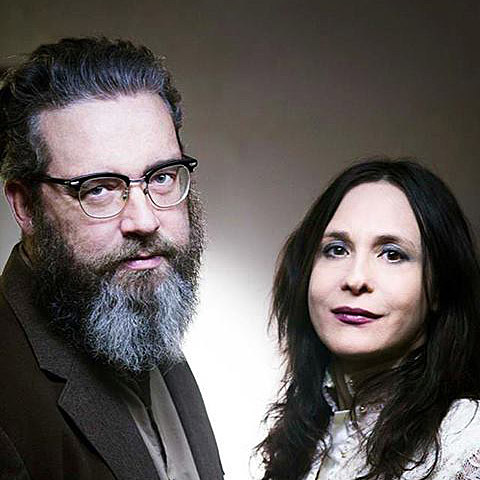 Husband and wife duo The Handsome Family have been doing their brand of Americana gothic for over 20 years, having released their 10th album, Wilderness, last year. But they got the biggest popularity bump of their career this year when "Far From Any Road," from 2003's Singing Bones, was used as the theme song for HBO's runaway hit True Detective.

The Handsome family will be touring this summer. Their full schedule has yet-to-be-revealed but they'll be in NYC for two shows: Rough Trade on August 29, and Mercury Lounge on August 30 with singer/songwriter vet Richard Buckner. Tickets to both shows go on sale Wednesday (5/21) at noon.

In related news, Andrew Bird is releasing an album of Handsome Family covers. As for True Detective, there are rumors that Brad Pitt may star in Season 2 which will be its own self-contained story completely separate to the events of to Season 1. We shall see.

Meanwhile, check out the lsit of Handsome Family dates below...

The Handsome Family - "Far From Any Road" (True Detective S1)