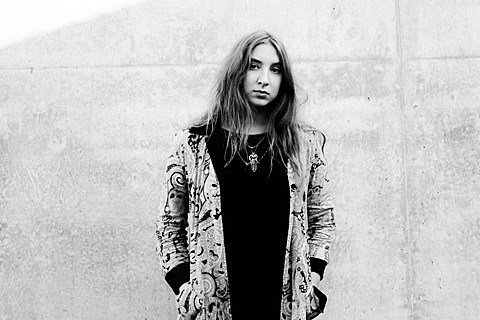 Some of you may remember Swedish indie pop band Those Dancing Days whose update of girl group / northern soul was pretty charming. The bandwent on hiatus in 2011 but guitarist Rebecka Rolfart continues to make music with her new project, The Hanged Man. Their debut, First Quarter Moon, was just released via Kning Disk/Telegram Studios and displays a darker side than her old band ever did. There are still poppy moments, and danceable ones too, but these days are grayer. You can stream the whole mini-LP (via Rdio) below.

We've also got the premiere of the video for "The Island" which opens the record. Filmed on the island of Gotland in Sweden, directors Sheila Johansson and Michelle Claesson Eismann capture the mood of the song in gorgeous monochrome. Watch it below.