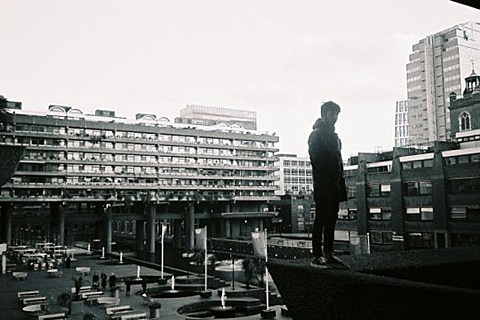 After his European tour with Fuck Buttons wraps up, dark electronic musician The Haxan Cloak will head over to North America for some of his own dates over here???

UPDATE: We've been told the set of dates we posted is unconfirmed, so they're down for now. Hopefully they end up confirming. Stay tuned for updates.

UPDATE 2: One of the dates we had listed, but then unlisted, is now announced, and it happens as part of the Decibel Festival in Seattle in September.

UPDATE 3: Haxan Cloak is officially off of the Decibel show which is now an XLR8R showcase with Huerco S added to the bill.

The Haxan Cloak released his newest album, Excavation, earlier this year via Tri Angle Records. You can stream one of its tracks, "The Mirror Reflecting (Part 2)," along with a Spotify stream of the full album and the list of all tour dates, below.