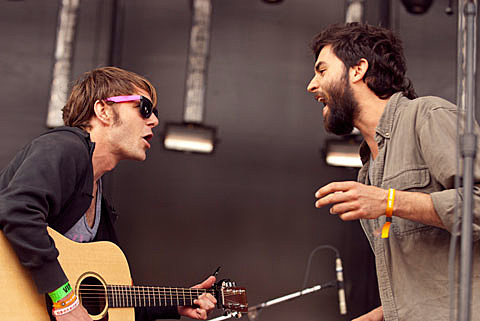 Seattle's The Head and the Heart have been on the road since February and clearly have no plans to slow down anytime soon. They've recently played shows with Death Cab for Cutie in Europe, My Morning Jacket in London, Iron and Wine in the Midwest, and have an upcoming string of US dates with The Decemberists. And, the band just announced their first ever headlining tour, which starts immediately after they play at the Austin City Limits Festival on Sept 18th, and ends October 20th in Vancouver, BC. Thao with the Get Down Stay Down will open these dates, with Devil Whale and Lemolo playing select shows as well.

Sub Pop released The Head and the Heart's self-titled debut full-length on April 16th of this year, and to date the album has scanned over 50,000 copies in the US. So far this year the band has performed at the Sasquatch and Bonnaroo festivals and before year's end will play the Newport Folk Festival, Capitol Hill Block Party, the Doe Bay Festival, and ACL.

Those new dates include shows at Bowery Ballroom and Music Hall of Williamsburg. Tickets for both go on sale today (7/15) at noon. All tour dates below...