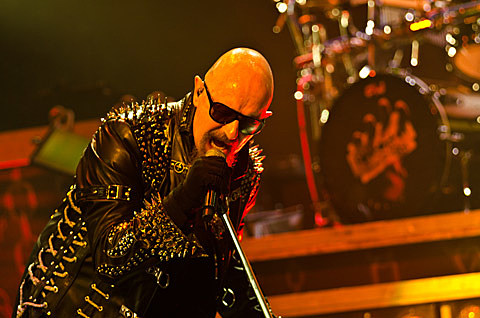 Was metal busy this week? You bet, but in a mostly good way. Mostly. Unlike your work week, metal didn't drag on like a run-on Dagon answer. (I mean, it did. . .but it didn't.) But, hey, now it's Friday and you can use your two-day, free-from-the-shackles pass to catch some killer shows this weekend in NYC. Before we pack your daily planner, though, let's take a walk on the newswire:

We got more details on the next Judas Priest album, from which we already streamed a teaser track. The July 15 Epic-released record titled Redeemer of Souls now has a running order to accompany its art. Typical Priest-isms fill the list, with "Metalizer" set to ascend as a governing philosophy of all headbangers. Check the full tracklist below.

Minneapolis blackened sludgsters Wolvhammer have wrapped up their third album. Clawing Into Black Sun will hit the streets on July 8 by way of Profound Lore Records. Scope the 22 second trailer and track-listing below.

Speaking of Profound Lord, Chicago's atmospheric mind-expanders The Atlas Moth have finalized specifics for the release of their next album, The Old Believer. June 10 is the release date via, you guessed it, hungry-hungry Profound Lore Records, a label eating up every great band. (Preorder.) Check below for two new songs.

How'd you like to know more about death metal's beginnings? Well, Master's Paul Speckman might have a documentary made about him. We say 'might' since Lone Survivor - Paul Speckmann and the Story of Master is currently in the funding stages via an IndieGoGo campaign.

Hell's Headbangers' Deathhammer is hitting the road. The Norwegian blackened thrash blasters will be at The Acheron on May 9. (Tickets.) Sadistic Intent, Natur, Inverted Trifixion, and Iron Force are also on the bill. All dates of Deathhammer's US trek are listed below.

Finally, Finnish curators Blood Music are going big with their next release. How big? Try 14 LPs. The future bane of all mailmen focuses on viking metal band Moonsorrow and is billed as "the largest box set in metal history." Stay tuned to their Facebook page for details as they come down the pipeline.

Don't forget: Keep up with the rest of our metal coverage here.

Now that you're, ahem, fully briefed, let's recap all of the A/V transmissions: 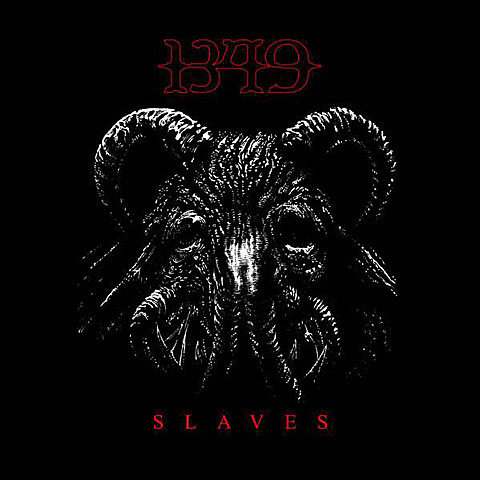 1349 were kind enough to give the world an early listen to a track from their forthcoming album. The title and the other requisite details are still to come, but "Slaves" rips in typical blasting fashion. Find it below.

Recently reformed doomers Graves at Sea are streaming a track from their split with Sourvein at Pitchfork. The A-side vs. B-side battle royale will be out later this month through Seventh Rule Recordings. (Preorder.)

Black metallers Mayhem dropped their third stream from their forthcoming Season of Mist release Esoteric Warfare, hitting shelves on May 27. (Preorder.) The appropriately named, given its order of stream-age, "Trinity" bounds along for four minutes of authentic necro-ness. Find it below.

And some neat streams of note to keep you in the know: Salem's Pot and their wizardly doomer "...Lurar ut dig pa prarien", Gravecode Nebula's cavernous "The Frozen Sun (Does Not Support Life)," and two from the Infirmary/Aetherium Mors split. Click the preceding links for album/ordering info. Keep on scrolling for the treats below.

First, Invisible Oranges in conjunction with Signature Riff are presenting a show at The Acheron tonight, rounding up Abazagorath, Chasse-Gallerie, One Master, Grue, and Vorde. (Tickets.) Chasse-Gallerie is coming down from Canada and local-boys Vorde can't be missed since the drummer from Fell Voices and Ruin Lust is handling skin-smashing duties. Drop by, get grim, and make your Friday ultra bleak.

TODAY (FRIDAY 5/2):
Proto-metal rockers Bang are playing Saint Vitus with The Golden Grass and Occultation, which we gave you the heads-up on here. This will be Bang's New York debut. (Tickets.)

SATURDAY (5/3):
If Bang is too dusty and you want some punky immediacy, Oc45, Hero Dishonest, Resist Control, and Brain Slug will deafen all at ABC No Rio. Tickets are available at the door for $8.

Something chunkier? The Communion, Lament, metalcore legends Starkweather, and our dearly departed IO editor's Pyrrhon will be at the The Grand Victory. Admission is $9 at the venue.

If you're still in a black metal state of mind, Yellow Eyes, Obsidian Tongue, and Mountain God will blow up heads Scanners-style at Saint Vitus. (Tickets.)

Lastly, if you're in the mood to have your third eye pried, Order of the Owl, Volume IV, It's Not Night: It's Space, and Blackout will kick up some psych at The Acheron. (Tickets.)

Okay, let's talk Invisible Oranges: We reviewed Triptykon's Melana Chasmata and asked if age matters. Noise Records' Death Metal roster looks random now, but it made sense 30 years ago. Saccage's crusty thrash blew out all of the speakers when we premiered it. Plus, we took a tour of the metal's newest hotbed. . .Iceland? And, as is our compulsion, we hoarded every release under the sun for your perusal in Upcoming Metal Releases. Oh, right, and there's a black metal lamb. Because. . . of course.

As always, don't forget to dial in Invisible Oranges on East Village Radio, brought to you by the fine folks at Irving Plaza. This week, we gave away tickets to Agalloch at Irving Plaza on June 30, a show we're also presenting. (Tickets.) Plus, we played mountains of metal madness. Always worth the listen. Tune in every Tuesday, 10pm EST.

Alright, consider the decks cleared. What did we miss? What are your plans? Let us know and catch the aforementioned reams of streams and details below.

"Snakebite"
"Tears Of Blood"
"Creatures"
"Bring It On"
"Never Forget"