High on Fire at the Bowery Ballroom, 2012 (more by Fred Pessaro) 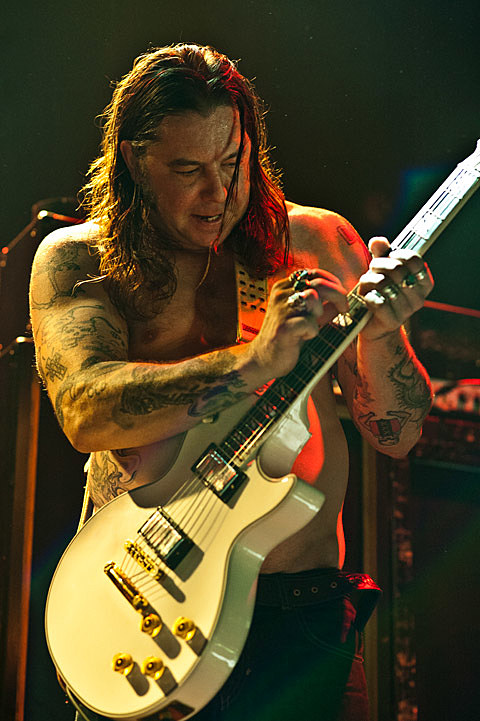 While 3,000 more people buy Metallica's The Black Album, let's take a walk on the newswire:

Indeed, that figure above is no joke. Metallica's Black Album recently passed the 16 million album mark according to Nielsen Soundscan, which has been tracking album sales since 1991. That puts Metallica up top on the list of most popular albums since Soundscan came into existence. Last week, The Black Album moved 3,000 copies. 3,000 copies. 3,000 people dropped their CD on their car floorboard. That's also probably 3,000 greater people than those who remember Napster. YOU WIN LARS. YOU WIN.

Another Judas Priest teaser? ANOTHER JUDAS PRIEST TEASER. JUST GIVE ME THE ALBUM. Redeemer of Souls will be out on July 15 via Epic Records. Find a smidgen of "Halls of Valhalla" below.

High on Fire are back in the studio. Drummer Des Kensel is certainly stoked about it: "Everyone is asking what the new High on Fire music sounds like. Chew on some mescaline and listen to side B of Sabbath's Master of Reality backwards at 78 RPM and it might give you an idea." Black Sabbath on mescaline? So, late '70s Black Sabbath. Got it. Hopefully, the guys preview some of the new songs out on tour. You can find the full list of their non-US engagements (SAD) below.

A few other bands have new albums on the way soon. Mutoid Man, the ripping trio employing Stephan Brodsky (Cave In), Ben Koller (Converge), and Nick Cageao (the guy that makes every band at Brooklyn's Saint Vitus sound nice), have signed to Sargent House. The shredding slayers are targeting 2015 for a new LP. Their last, Helium Head, will also be seeing a re-release. Stream that one below.

The Earth record that was hinted at previously has a name. It's to be dubbed Primitive And Deadly, which is a technical term anthropologist have used to describe caveman farts. Jokes aside, the soulful slow-movers have added more dates to their world tour. Get envious of their travel plans below. 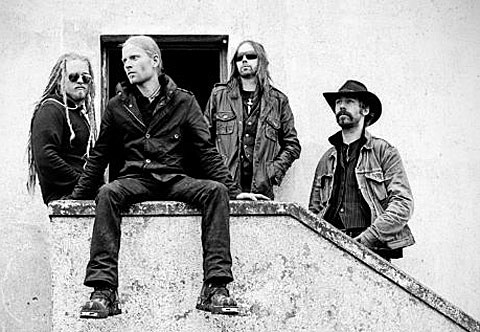 Solstafir, fresh off of MDF, will release Ótta this summer. Preorders start at Season of Mist on June 10. And Opeth will finally get Pale Communion out into the wild on August 26. Preorders for that one begin on June 3 through Roadrunner Records. Opeth also released the cover art, which can be seen below. The wider, gatefold shot includes the pub's pool table.

Funeral doomers Lycus are looking to hit the road again for their 2013 release Tempest. Their slate of upcoming dates includes Martyrdoom Fest at Saint Vitus on July 1. Blast Tempest and check out their full run below.

Finally, speaking of Martyrdoom, Lord Mantis -- whose new record, Death Mask, we recently streamed in full at Invisible Oranges -- have solidified their upcoming tour schedule. They'll also be hitting the Martyrdoom Fest. All dates appear below.

Now that you're fully briefed, let's recap all of the A/V transmissions, available for your streaming pleasure below.

Might as well get things rolling with a dose of utter insanity. The 30-year-old Mayhem are streaming Esoteric Warfare in full. The long-awaited follow-up to 2007's Ordo ad Chao will see a number of release options via Season of Mist on June 10 (preorder). The LP box comes with a booklet inscribed with this quote: "The will of man is broken." Mayhem have obviously never encountered a chipper Denny's server. Esoteric Warfare's tracklisting and Mayhem's upcoming Euro tour dates are below.

Wolves in the Throne Room set Metal Twitter alight with their Tangerine Dream-influenced woosh. The album details kind of made their M.O. clear, so not sure why everyone is in a huff. Celestite Mirror drops on July 8 through Artemisia Records. Clear your mind and check out the stream below. Unrelated, but does anyone want to start a keyboard-only Stooges cover band called the Mooges?

Noisy rockers Helms Alee and Young Widows have joined forces for a split. The hook-up will be out on Sargent House on June 3 and they're currently previewing the whole darn thing. Helms Alee, the current home for ex-Harkonen frontman Ben Verellen, also put out an LP titled Sleepwalking Sailors in February. The trio is set to hit the road for a short Northwest tour in June. Dates are below.

The NOLA black metal sludge slingers Goatwhore have a lyric video up for "FBS," a track from the upcoming Constricting Rage Of The Merciless that's ready to be unleashed by Metal Blade on July 8. Once the long-player hits the streets, the band will hit the road on The Summer Slaughter Tour, wrapping up their road engagements in August at GWAR-B-Q. Hopefully, by that point, I'll figure out what "FBS" means. Fat bottom stoners, you make the rocking world go 'round? Check out the full tracklisting and the sweet cover art below.

Goatwhore's Summer Slaughter tourmates Fallujah are offering "Sapphire" up for your clicks from their next album, The Flesh Prevails. The progressive slice of death will drop courtesy of Unique Leader on July 22 (preorder). Scope The Flesh Prevails tracklisting below and play, Is it a Death Metal Song or a Sade Song?

There's a new Trap Them smoker off the elegantly titled Blissfucker, something that will surely enter 2015's list of top baby names. This new track is named "Lungrunners." I'm going out a limb and saying it's about the underground lungfish trade. Probably not. Anyway, to ring in the release of Blissfucker (which I will find a way to type as many times as possible; Blissfucker), Trap Them are offering a limited edition seven inch of "Salted Crypts" (preorder). You can stream that Blissfucker track below. 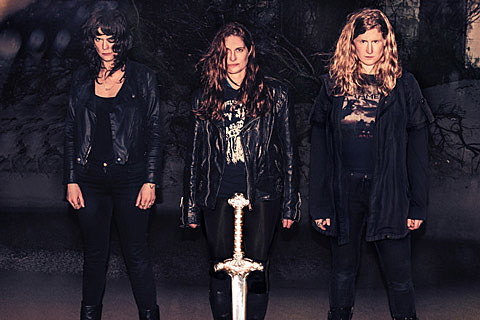 Mortals, the bringers of mighty death crust, are previewing another killer from Cursed to See the Future, available via Relapse on July 8 (preorder). The trio are celebrating the new release in style at The Acheron on July 18, complete with a music video screening party. The full future tour dates appear below. Relax, you won't be cursed by adding 'em to your calendar now.

Wrapping things up, Wreck and Reference, the unnerving ruiners of listener's underwear, have debuted a track off of Want, their next album due out June 10 on The Flenser (preorder). Get your void gazing in early before the weekend approaches. Want Want.

Now, time to sprint through the rest of the underground. All streams appear below.

Emptiness' eclectic black metal clatter is now streaming in full. This was a favorite on IO's Upcoming Metal Releases, so it's definitely worth a spin.

Bastard Feast's Osculum Infame infuses some much needed energy into the metallic hardcore thing, dropping in weirdo death metal with their core tumult. The album will be available through Season of Mist on July 22 (preorder). Get blasted by "Bloated City" below.

If you wanted more weird metal covers, there's a banjo cover of Slayer. And a renfair one. Both are below. Maybe there will a new Kerry King album to add to the pile. Burn.

Lastly, The Lion's Daughter are streaming their new single and the proceeds will go to a good cause. The band will be helping out The Stray Rescue, an operation dedicated to stray dogs and cats in St. Louis. Stream the single below and feel good preordering the record.

Let's talk IO: We dropped off a ton of MDF coverage last week in the form of wrap-ups and interviews with the legendary Tomas Lindstrom of At the Gates. We also reviewed this week's heavy hitters, including Black Anvil, Crowbar, and Misery Index. The rest of this week's new stuff resides, as always, in the exhaustive Upcoming Metal Releases. And we had a full day of Profound Lore, streaming the newest from Auroch along with a great chat with Chris Bruni, PFL owner and operator.

Alright, consider the decks cleared. What did we miss? Let us know and catch all of the dates, reams of streams, and other noted details below.

Want Tracklisting:
1. Corpse Museum
2. Apollo Beneath The Whip
3. Stranger, Fill This Hole In Me
4. Bankrupt
5. A Glass Cage For An Animal
6. A Tax
7. Flies
8. Convalescence
9. Machine Of Confusion
10. Swallow
11. Apologies