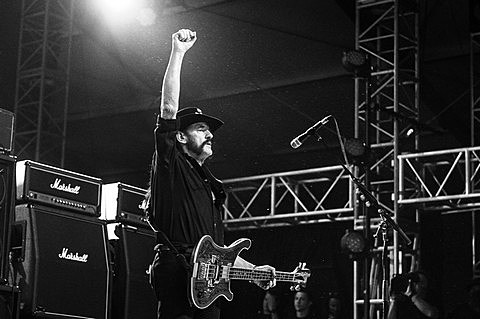 What does the loudest boat in the world sound like? Kinda like "Ace of Spaces." Let's take a walk on the newswire:

You bet, Motörhead's Motörboat isn't just the name of my trad metal slash fiction novel, it's the latest metal cruise available to headbanging vacationers. We mentioned briefly before. but there are now details. The ship departs from Miami on September 22 and returns to port on September 26. Aside from Lemmy and company, the lineup includes Megadeth, Anthrax, Testament, Down, and High on Fire (who are working on a new album), among others. Honestly, it's just nice to see Lemmy is well enough to do this at all. The full bill appears below.

Now, let's take care of the signings: Nuclear Blast had an interesting haul. On Tuesday, they inked Southern California grinding core hellions Nails to a deal. The super-heavies will be touring Europe at the end of the month before they hit This is Hardcore in July. Then, Nuke Blast followed up their core coup with Biohazard. The NYC groove committee are also touring the world, hitting The Gathering of the Juggalos (yep) before bouncing around Europe. No official news regarding the possibility of either recording an LP yet. Elsewhere, Obituary will partner with Relapse despite Kickstartering all of the necessary funds for their next one. Says the band, "Now we have teamed up with Relapse Records to have them get this new album out there, in stores and available to the fans world wide." So looks like a good deal for both sides. Obituary is currently touring Europe.

More: The terrifying Today is the Day are now on Southern Lord. Animal Mother, the band's 10th long-player, will be released by the label in late 2014. Today is the Day's Steve Austin also appears in the AmRep documentary, The Color of Noise. Finally, the buzzy Bog Oak, a quartet of Oakland doomers, have signed with Svart Records. The partnership will result in a 10" record later this year and a full-length in 2015. All of the tour dates along with representative streams appear below. 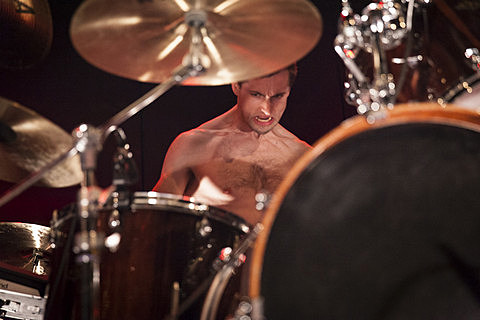 A few bands are ready to hit the studio. Canadian metalcore group KEN Mode posted, "Studio booked, plane tickets paid for, shit just got real for KEN Mode's 'Success' LP." The band has a few Canadian dates in the future and Hopscotch Fest in North Carolina. Prog-deathers Atheist are working on their fifth LP with bassist Tony Choy back in the fold. They've also tapped Jason Suecof as the producer. Outfit and knob-twiddler are looking at 2015 as a release date. And hardcore legends Sick of it All are actually all done with their full-length. They're currently in the mastering process. Blood, sweat, and waveforms. The NYHC icons will head to Long Beach, California this weekend to share an Ink N Iron bill with Merle Haggard(!) before hitting Europe for a solid month of stops. All of the tour dates along with representative streams appear below.

Thrashers Overkill have set July 22 for the release of White Devil Armory. They'll also be hitting the road soon with Prong. Then, they'll play HEAVY MTL which has an, uh, eclectic lineup. Though it's not as out there as Louisville, Kentucky's Louder Than Life which brings together headliners Judas Priest (who have a new one in the works) with Korn, Stone Temple Pilots, and Limp Bizkit (who are releasing a tape, no kidding). Huh. Oh, yeah, there will also be "gourmet man food." In other release news, Blood Music -- the label that put out the ridiculous Moonsorrow box set -- have another big remaster project on the way. This one rounds up everything Emperor. The black metal titans will be making the festival rounds this year with dates set for Wacken Open Air, Sweden Rock Festival, and Bloodstock Open Air. Sorry, America.

We've also got some groups forming and reforming. Gruesome is the new venture from Matt Harvey (Exhumed), Gus Rios (Malevolent Creation), Daniel Gonzalez (Possessed), and Robin Mazen (Derketa). Harvey is already pretty high on it, saying, "Very Cannibal Ferox, I guess. Anyway, take it as it is, a bunch of death metal and specifically Death fans getting together to make some noise for your ears. Cheers!" You can stream a sample below.

Also: rumors about Acid Bath's possible reunion may be premature. Drummer Jimmy Kyle did post, and then deleted, a call for a vocalist. But, according to the other surviving members, a full reformation wouldn't happen without late bassist Audie Pitre. An Acid Bath tribute isn't out of the question, though singer Dax Riggs has declined to participate. The grungy sludgsters last released an album, Pagan Terrorism Tactics, in 1996. 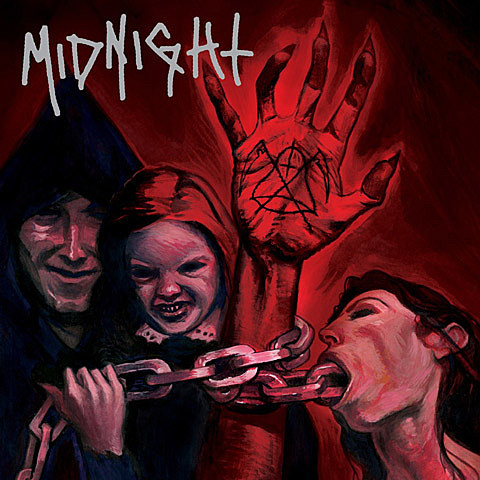 Now that you're, ahem, fully briefed, let's recap all of the A/V transmissions, available for your streaming pleasure below.

The nasty speed metallers Midnight are back and they've brought "Evil Like a Knife." No Mercy for Mayhem will hit the streets via Hells Headbangers on August 19.

Also out that date from HH will be the new Children of Technology. The Italian B-flick-obsessed speedsters have supplied the first sample of Future Decay. The song is called "Under the Ripping Storm" and may or may not be about Rip Torn drinking near a bank.

The thrash iteration of Corrosion of Conformity are streaming another from IX (Candlelight Records, June 24 - preorder) titled "On Your Way." COC will be out on tour in Australia soon for a short run. Dates appear below.

Weed hounds Cannabis Corpse released their second verdant ode off of From Wisdom to Baked (Season of Mist, June 24 - preorder). This smokey slammer is called "Individual Pot Patterns" (I see what you did there) and has guest grunts from Chris Barnes. Band and Barnes will be hitting up the recently announced Denver Black Sky in August.

For the smaller guys that deserve some shine, there's the Swiss Nihilo streaming their March-released Dum Spiro Spero in full. Plus, tech-deathers Pillory have returned with a track from the forthcoming Evolutionary Miscarriage (Unique Leader, June 10 - preorder). Stream both of those below.

TODAY (6/6): The year's evilest day has its share of heavy treats. The very-loud duo Jucifer will be joined by cleanteeth and Mammal at Acheron (tickets); Saint Vitus has a big ol' bill of death metal, counting Solace of Requiem, Immortal Suffering, Dying Eyes of Sloth, Headrot, and Witch King among the jam-packed lineup; If you're looking for something a little more dynamic (and later in the day), the post-everything Kayo Dot will play with Bent Knee at Littlefield (tickets); And for the punks, Goosebumps, Skin Colour, Exotic Functions, Stranger, and Pleasure Industries are at Lulu's. Tickets are $5 at the door.

SATURDAY (6/7): If Friday is loud, Saturday is just plan massive. The reformed Eyehategod, Ringworm, Enabler, and Shitkill make up a STACKED bill at Europa (tickets); On the more core side, The Rival Mob, Blacklisted, World War 4, and Stick Together will hit Le Poisson Rouge (tickets); Want to add a little more metal back into that core? How about Fahrenheit 451, Shai Hulud, Zombie Fight, and The Conflicted at Saint Vitus (tickets); How about some straight noise? Concrete Mascara, Swallowing Bile, Lace, Aischrolatreia, Swollen Organs, Penchant, :M:, Vat, and Nick Klein will provide plenty of static at Trans-Pecos; Tickets are $10 at the door; and finally, Acheron has got some old school death heavies with Solstice, Dracaris, Slaughter the Prophets, Bomb Scare, and Untombed (tickets).

Let's talk IO: We published two parts (Part 1 and Part 2) of the three-part series on Lucifer's Hammer, tracking the fall and rise of metal in the Bay Area post-thrash. We streamed a couple separated by 40-odd years: Rog & Pip did their work in the '70s, while Profetus is dooming away in the present. In addition, we had a full album stream of the death metal classic The Winterlong by God Macabre. The rest of this week's new stuff resides, as always, in the exhaustive Upcoming Metal Releases. Scab Casserole remembered most of MDF. Lastly, we had some good chats with Tombs' Mike Hill and Eric Quach of thisquietarmy.

Sick of it All