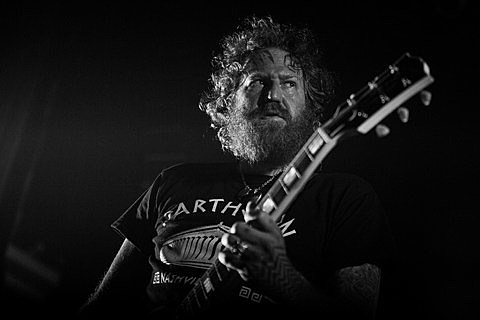 Wanna buy the new Mastodon album? You can now accomplish that feat with bitcoins. Isn't the future amazing?! You're still probably going to die from a cold. Anyway, let's take a walk on the newswire:

Big membership shake-ups for old-guy thrashers: Exodus said farewell to singer Rob Dukes and welcomed Steve "Zetro" Souza back into the fold. This is Zetro's third stint with the Bay Area band. Before the reintroduction, he was biding his time in Hatriot, which is a music group and not what happens during a rowdy Lids sale. Stream a Zetro-era Exodus classic below. Elsewhere, ex-Slayer Dave Lombardo is suddenly in Amen. The Los Angeles punk outfit just turned 20 and is back in the studio with Ross Robinson.

Ultra-heavy doomers Yob have released more details regarding their forthcoming Neurot release. Clearing The Path To Ascend (also what my bud calls his weed ritual) now has pretty neat cover art and a track listing. In addition, the mad triffid Botanist will hammer away at VI: Flora on August 11 via The Flenser. What's the drunkest instrument? A hammered dulcimer, of course. Stop booing. Art and tracks are down below.

A few groups are hitting the road. Skeletonwitch, Ghoul, and Black Anvil will be setting out on a nationwide roadtrip in September. Plus, you can finally break the seal on your 2015 planner. The melodeath -- and spellcheck infuriating -- Dark Tranquillity and Insomnium are heading to the US in January. They'll play NYC's Gramercy Theatre on January 4. Tickets are will be on sale soon. All of the dates appear below.

Can't make it to a fest this weekend? You can live vicariously through some YouTube sets. (And have easier access to a bathroom, that can't be understated.) Opeth's full performance from Rock am Ring in Germany is up. And snippets of Emperor at Sweden Rock Festival have made their way online, too. It's the black metallers first live gig since 2007 and they closed it out in style by killing a Bathory cover. Both are available below.

Finally, progsters Between the Buried and Me explained why you won't hear old songs on tour:

Unfortunately, when we add some of the more obscure older songs to our set, they either detract from the flow of the show, or just generally go over like a wet fart at a funeral. So to sum it up and get crazy specific, you will still likely hear Mordecai or Selkies on occasion. Maybe even a couple others. But if you want us to play Naked By the Computer or Destructo Spin, you may have to wait until our reunion tour. 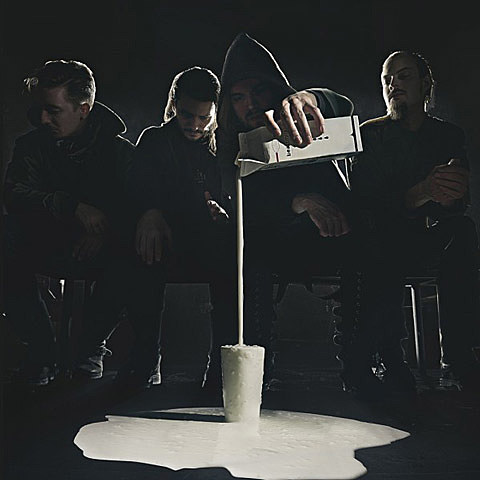 A few new flicks are out for your viewing pleasure. The post-punk Beastmilk have gone the creep-o propaganda route with their visual accompaniment to "The Wind Blows Through Their Skulls." (Also how Shakespeare described burping.) And Eyehategod have cut a clip for "Medicine Noose." Reminder, you can catch Eyehategod on the absurdly loaded July 15 show at the Acheron that includes Iron Reagan, Vektor, and Strong Intentions (tickets). All eye candy is below.

As for the streams, blackened sludge slingers Goatwhore check in again with "Schadenfreude" from Constricting Rage Of The Merciless (July 8, Metal Blade - preorder). Origin have put up a lyric video for "Absurdity Of What I Am" (hint: it's tech widdles) from Omnipresent (July 8, Nuclear Blast - preorder). Both bands will be on the Summer Slaughter tour.

Mutilation Rites thrash the hell out of "Contaminate" from Harbinger (July 22, Prosthetic Records - preorder). Mutilation Rites will also be playing Obnoxious Noise Fest 2014 on August 9 at Even Flow Bar & Grill in Bay Shore with Malignancy, Pyrrhon (Doug, come home), Artificial Brain, and more. Tickets are $20 at the door. The full lineup for that one is down below.

More: Icelandic cowboys Solstafir have posted the title track from Ótta (September 2, Season of Mist - preorder). Nasty cult death metallers Nunslaughter hammered out "Three Nails, One Liar," pulled off of the double disc Angelic Dread (June 24, Hells Headbangers - preorder). Blackened doom pack Wolvhammer dropped "The Desanctification" from Clawing Into Black Sun (July 8, Profound Lore). The blackened Bastard Sapling, featuring members of Windhand, are streaming "Lantern At the End of Time" on NPR. Instinct is Forever, their dual disc full-length, will be out August 26 via Forcefield Records. Check out all the brand new things below.

For full albums, genre chameleons Boris are offering the entirety of Noise on NPR (June 17, Sargent House - preorder). Boris will be touring with Atlas Moth and SubRosa soon. Stoners Wo Fat want you to take a toke of The Conjuring (June 17, Small Stone Recordings - preorder). And the powerviolence kick-puncher Boddicker -- who just started their tour with Nuclear Hellfrost -- have stuck all of Crime Upheaval up on Bandcamp. Scope Wo Fat and Boddicker below.

Lastly, for little guys and oddities, we got a new Black Sabbath funk take from Brown Sabbath and Ending Quest took a streamroller to OSDM. Both are below. 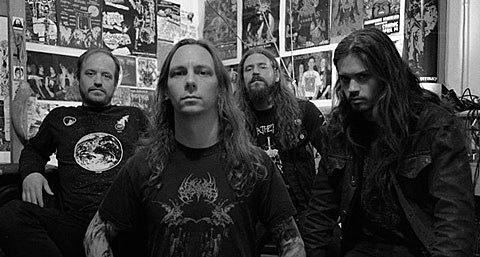 TODAY (6/13): The crushing Trenchgrinder, Death of Kings, Vermefug, and Drones for Queens will shake the Acheron (tickets).

SUNDAY (6/15): Take your pops to a black metal show for Father's Day. Watain, Kosmodemonic, and T.O.M.B. are at Brooklyn Bazaar (tickets). If you're more into punk, there's Violent Bullshit at the Grand Victory. Tickets are $8 at the door, doors are at 2 PM. Finally, there's the sold out Chain Of Strength, Turnstile, MINDSET, Praise, and Caught In A Crowd over at the Acheron. Hey, click faster next time.

Let's talk IO: It was an incredibly stacked week for new releases and Upcoming Metal Releases gave you the lowdown on which ones to buy. We also streamed new stuff from Chicago's doomy Novembers Doom and Norway's Brutal Blues, who are, uh, grind. We also premiered the front-runner for band name of the year with Denmark's Piss Vortex. (Yeah, we streamed Piss Vortex. Laugh it up, get it out of your system.) Great chats were had with Watain's Erik Danielsson and Greyhaze Record's J. Neto, the latter of which gave us a lesson on Brazilian metal just in time for the World Cup. Speaking of, Wyatt also dropped Stream in the Northern Sky #4 with an all U-S-A U-S-A U-S-A collection of patriotic blarghers. And, finally, we posted the final part of Avinash Mittur's crazy-deep look at the Bay Area metal scene. 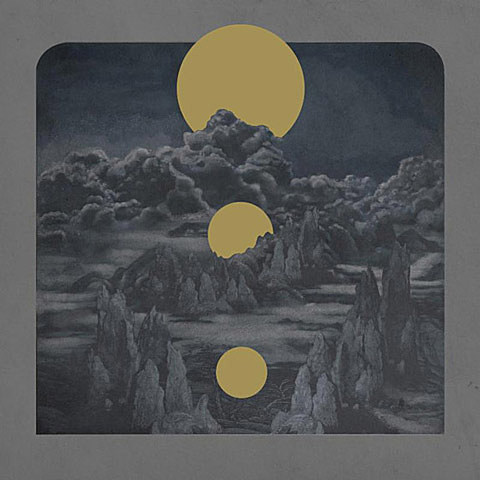 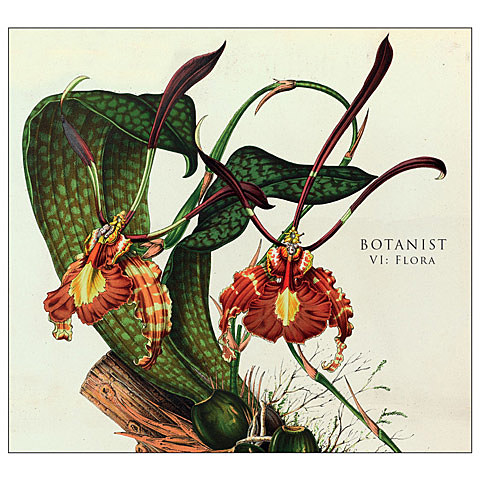