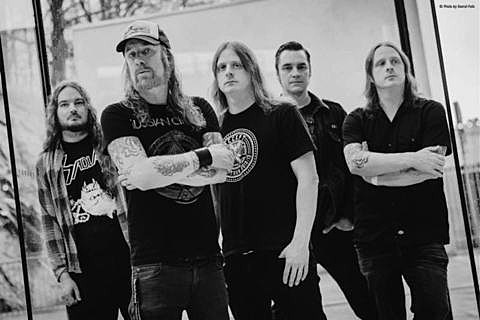 So, as Tomas Lindberg made clear at this year's MDF, this At the Gates thing is actually happening. At War With Reality, the melodeath band's first album since 1995's Slaughter of the Soul, is set for an October 28 release date through Century Media Records. Good to know they're not fossils.

Speaking of classics, Death's Spiritual Healing is getting re-done by Relapse. The deluxe edition will come on LP or CD and it's available for preorder now. You can also catch Death to All -- the tribute act manned by ex-members -- on the road soon. Check out a trailer for the reissue below. IN A WORLD WHERE WAVEFORM PEAKS AND VALLEYS ARE SCRUTINIZED. . .

The slightly younger Bat signed to Hells Headbangers for their debut LP. The band will also be dropping a 7" titled Cruel Discipline, too. The speed metallers featuring links to Municipal Waste, D.R.I., and Volture are getting in the van soon, starting things off by checking into NYC's The Acheron on August 22. 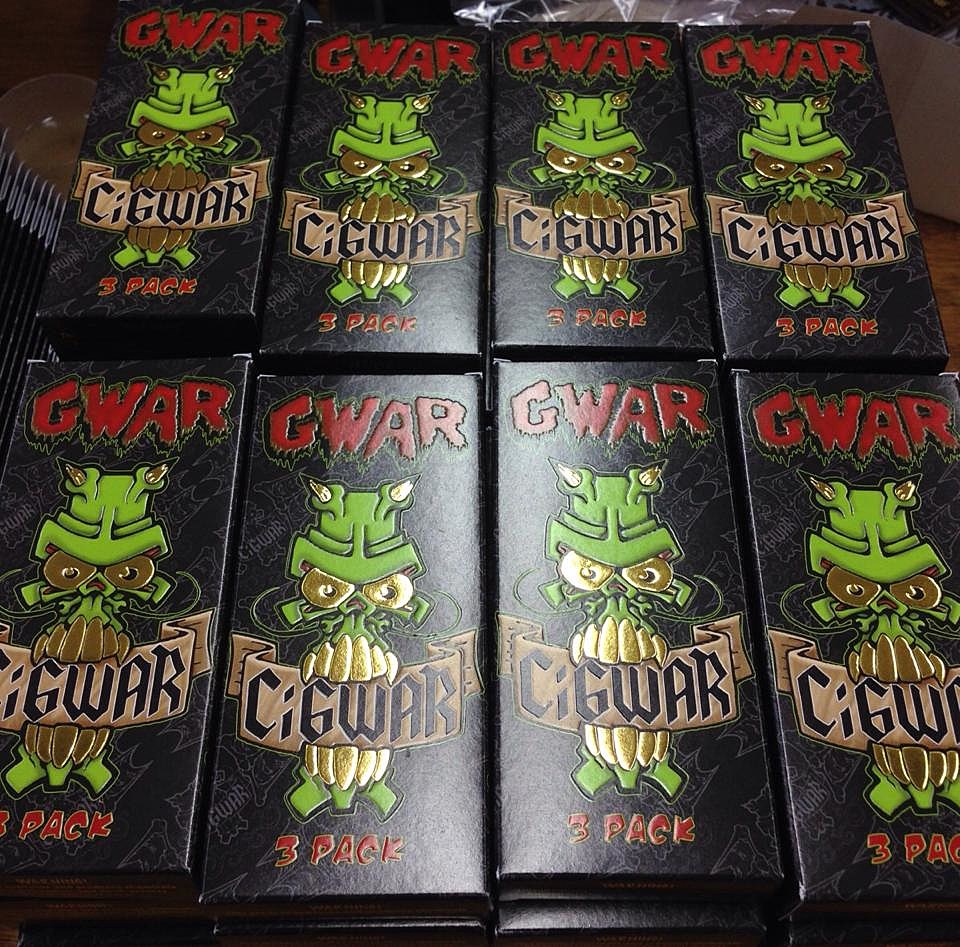 GWAR hit MetalSucks' podcast and said new characters are coming, thus ensuring GWAR are the viscera-soaked metal version of Menudo or something. They're also blazing new merchandise options with a GWAR cigar named, wait for it, a Cigwar. I'm all for blunt names. Hey-yo. GWAR-B-Q starts today (8/15).

Speaking of GWAR, one of the clubs they played a lot back in the day was City Gardens in Trenton, which is the subject of a new documentary called "Riot on the Dance Floor". BrooklynVegan is proud to present the NYC premiere of that doc along with a Q&A afterwards with the director, John Joseph (Cro-Mags), Howie Abrams (In-Effect Records, etc) and more. Tickets are still available.

Lastly, Metallica, er, Mastodon's Brent Hinds was. . . interviewed. . . I think. Mastodon also updated their upcoming North American tour dates. You can find both below, and an interview we did with Bill Kelliher at Invisible Oranges.

Don't forget to keep up with the rest of BrooklynVegan's metal coverage during the week.

Now that you're, ahem, fully briefed, let's recap all of the A/V transmissions that are streamable below.

Let's hit the flicks first: Windhand now have a video for "Orchard." They'll also be touring soon, including a stop on September 20 at NYC's Saint Vitus.

And band of many interests Tombs have a moving picture for "Seance." They'll hit the road again in October and will swing into Saint Vitus on October 27. You can check out the videos below.

As for the streams, the Iron Lung-related Pig Heart Transplant are offering two tracks from For Mass Consumption (September 2, 20 Buck Spin).

Num Skull have another peak available from their Relapse remaster of the lost thrash classic Ritually Abused (September 16, Relapse - preorder).

And finally, blasters 1349 covered Voivod for the always-fun Decibel flexi series. Aside from Cardinals Folly and 1349, you can hear all of the streams below.

SATURDAY (8/16): Blackened thrash nuts Ketzer are making the trip over from Germany for the first time. They'll be joined by Natur, Throaat, and Occult Burial at Saint Vitus (tickets). If you're still in a punk frame of mind, The Acheron has ZEX, Process, Vermin, Symptom, and Heathen (tickets).

Let's talk IO: As we have a compulsion to do, we rounded up the week's new releases with Upcoming Metal Releases. (Hint: Check out the punk section of Things We Missed.)

We put on our best presenter attire with a number of upcoming shows and tours: Virus at Saint Vitus, Old Wounds and Exalt on tour, and KEN mode at Saint Vitus. KEN mode tickets are finally on sale.

We also took on the task as the integrator, asking Qs and getting As from Lee Dorrian and Pallbearer.

We took a deeper look at blackened buzzer Panopticon.