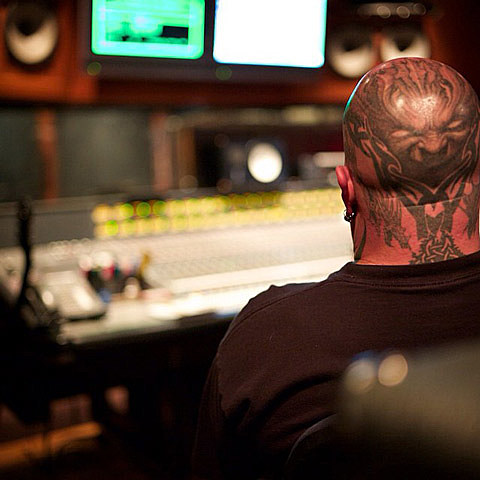 The above pic was posted on Slayer's Instagram earlier in the week. Does it herald, as many expect, a new Slayer album in 2015? Is it the genesis of their pivotal post-Hanneman/Lombardo/Rubin album? Or is Kerry King just a huge Fraiser fan? I guess we'll let time decide.

At least we know Dave Lombardo isn't planning a Slayer comeback. He's more than content with his current project PHILM, telling Metal Hammer regarding a possible return to Slayer's drummer's stool: "No. That's it. I'm done now. I've got lots of other things on my plate and I now know that, when it comes to money, you don't have any friends in this business. I won't ever be going back." No friends in this business? Maybe my friend George Washington will change your mind! (Sorry, I need that back for the parking meter.)

Speaking of money, here's a name that might send shivers down the spine of your PayPal account: Blake Judd. The Nachtmystium frontman is again accused of making away with fans' money without delivering the merch. Whether or not there's any validity to the allegations, the Nachtmystium Facebook page is no more.

As for albums that have a good chance of finding your hands, Iron Maiden have embarked on a huge reissue project. Not only will their entire '80s run get repressed on vinyl, but the original singles are making their way back in print, too. Check out the details plus release schedule below along with a shot-for-shot LEGO remake of Maiden killing "The Wicker Man" from Rock in Rio. Everything is awesome.

Corrosion of Conformity will also be reissuing two of their albums on wax, 1991's Blind and 1994's breakout Deliverance. The band is set to hit the road with GWAR later this year.

For new stuff, the mighty Moss will be putting out an EP on the perfect date of October 31 via their own Stone Tapes. Check out "Carmilla (Marcilla)" below. The adventurous Manes have penciled in October 10 as the day for Be All End All through Debemur Morti. And Orange Goblin will add to the mountainous October pile of anticipated releases with the long-awaited Back From The Abyss, out on October 7 through Candlelight Records.

In live show notes, the first round of bands for Roadburn 2015 have been announced, tapping cowgoths Fields Of The Nephilim along with stoners Monolord and Electric Citizen. In other fest news, Housecore Horror Fest lost Satyricon and gained Napalm Death and Origin. Satyricon had to kill all of their US dates, so, alas, they will not be playing Knotfest.

If you were catching some High-A baseball action, you may have seen Exmortus shredding through "The Star-Spangled Banner." Sleepy Hollow has taught me that Francis Scott Key probably would've been like, "Hell yeah," before punching a demon in the face. History, man. 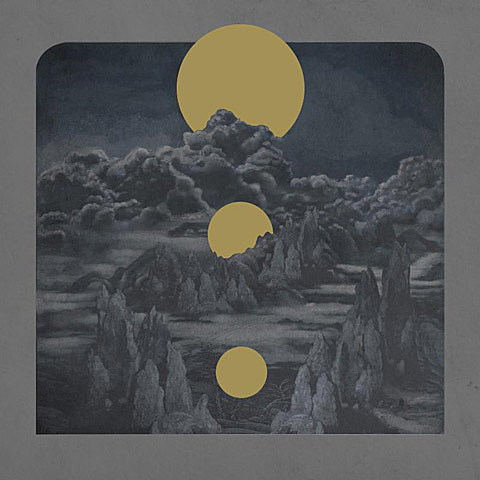 Full albums first: YOB streamed the entirety of Clearing The Path To Ascend at Pitchfork (September 2, Neurot Recordings - preorder). And OSDMers Disinterred have put up Live at Vlamrock 2014 for 'name your price' at their Bandcamp. Stream the latter below.

For single tracks and videos, Opeth gave the audio of "Eternal Rains Will Come" a visual. Consult your doctor before taking all of the drugs. Anaal Nathrakh have unveiled "Idol" from Desideratum (October 28, Metal Blade - preorder). They'll be playing Maryland Deathfest 2015. Obituary are also showing off the first cut from Inked in Blood (October 28, Relapse - preorder). They'll be touring later this year with Death to All along with dates with Carcass. 1349 have stirred the pot for Massive Cauldron of Chaos and "Exorcism" spilled out (September 30, Season of Mist - preorder). And Old Wounds -- who are heading out on an Invisible Oranges presented tour -- dropped "Ritual" from Death Projection (September 16, Good Fight - preorder). Stream all of the tracks below.

TODAY (FRIDAY 8/29): Provided you're not following up on your dream last night where Crüe played, today is loaded. Mouth of the Architect, Set And Setting, So Hideous, and Hush are at the Acheron (tickets). Meanwhile, the Paper Box has the enormous bill of Foreign Sounds, Sol y Nieve, Red Stream, Inc, Krieg, Horrendous, Wastelander, Sacristy, Human Bodies, and Dweller In The Valley (tickets). For those that like it with a more traditional/thrash lean, there's Fantom Warior, Castrator, Sacrificial Blood, Devolving Messiah, and Maximum Oversatan at Saint Vitus (tickets).

SATURDAY (8/30): Okay, deep breath. Punk? You got it: Negative Approach, Agitätor, Go Deep, and Spewing Cum at the Grand Victory (tickets). Want a slightly more metallic edge? Modern Life Is War, Nothing, Give, and The Land of Blood & Sunshine at the Bowery Ballroom (tickets). But if you're here for metal -- and of course you are -- there's Dehumanized, Scaphism, Necroptic Engorgement, Corpse Hoarder, and Lethal Entity at the Acheron (tickets). More? Sure: Pentacle, Perversion, Mutant Supremacy, and Hypoxia at Saint Vitus (tickets). And if you you just need volume, J Mascis' psychedelic blues jam project Heavy Blanket play Union Pool's backyard in the afternoon for free.

Let's talk IO: We dredged the new release lake in Upcoming Metal Releases. We had premieres from Falls of Rauros, Nightbringer, Sandworm, and Myopic. And we got our transcribed talk on with Austin Lunn of Panopticon and wrestler UltraMantis Black.

Alright, consider the decks cleared. What did we miss? What are your Labor Day Weekend plans? Let us know and catch the reams of streams, and other noted details below.