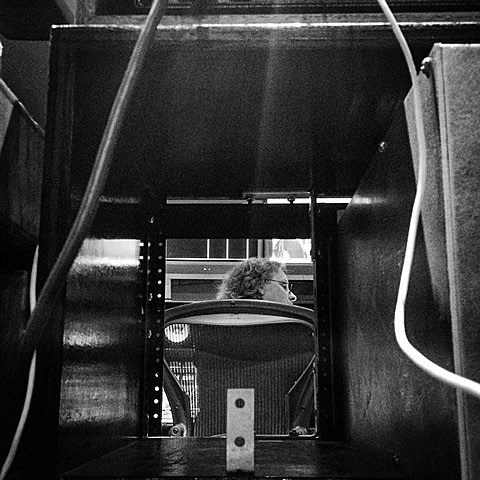 SLAYER WATCH: That pic above isn't from the worst remake of Porky's, it's more evidence that Slayer is back in the studio. That's producer Terry Date helming Slayer's potential 2015 return. Maybe we'll get to hear new stuff when they go on tour with Exodus, though maybe you shouldn't post about it on Facebook. The Ultimate Revenge Combat Tour Live '85 tour video appears below because Friday.

Slow metal week? Slow metal week. To drive that point home, Metallica were honored by Guinness World Records for playing seven continents last year. Fans are still waiting for the band to return to the continent of 1986.

All-star death metallers Bloodbath, one of Maryland Deathfest 2015's big draws, have recorded vocals for their new album. Says the band, "All vocals done and in the bag! The mix starts this weekend... Almost there now!" The band has yet to announce their new lead singer. Tip: Take a pic of the back of their head. Seems to work.

Mothership, who are playing the huge NYC-based Uninvited Festival, have wrapped up their next album, Mothership II. The record should hit the streets on November 11. Check out the van-art cover and the tracklisting below.

The folks at Noisey have put together a seven part documentary on one of America's most enduring metal scenes. NOLA: Life, Death And Heavy Blues From The Bayou , which -- full disclosure -- was co-directed by former BV editor Fred Pessaro, will start rolling out on September 16. You can watch the trailer below.

Finally, to leave things on a high notes, a blast from the past: Football season has officially started, meaning we can dust off "81% Burnt," the Dillinger Escape Plan cover that's centered entirely on pigskin legend Art Monk. The track was submitted to the band back in 2001 when open tryouts for vacated vocalist were taking place. 100 percent perfection. 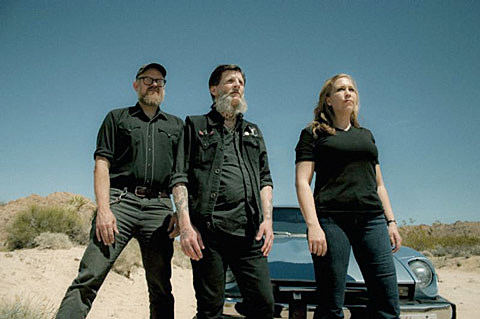 Full albums first: Earth, who got super heavy and super psych-y on their new album Primitive and Deadly, are streaming their new album all the way through. Check out it out below. The band is currently on tour and will be playing NYC's Saint Vitus on September 24 and September 25 for their David Lynch Foundation-supporting set.

For single tracks and videos, OSDMers Stench debuted "Road" from their forthcoming Venture (October 7, Agonia Records - preorder). The mighty Horrendous pushed death metal forward with "The Stranger" off Ecdysis (October 14, Dark Descent). And stoner rockers Lo-Pan have offered up another from Colossus (October 7, Small Stone Records - preorder). Lo-Pan are out on the road with Black Cobra and will play Saint Vitus on September 18 for a special Invisible Oranges presented show. Both will also be playing Uninvited Festival. All tracks appear below.

TODAY (FRIDAY9/5): Get your underground blast n' big riff on with Organ Dealer, Beast Modulus, Huldra, Hercyn, and Through Thorn and Brier at Saint Vitus (tickets).

SUUUNNNNNDAY (9/7): The heavier-than-heavy Theologian, Megaton Leviathan, Kosmodemonic, and Vailtal Deul bill will shake the Acheron (tickets). If you'd prefer something short, sweet, and violent as hell, Punch, Crushed, Curmudgeon, and Water Torture play Death by Audio. Tickets are $8 at the door.

Let's talk IO: As always, we tracked the week's new releases with Upcoming Metal Releases. HUGE list. We debuted new recordings from Phobia and Striker. We interviewed interesting Japanese hard rockers Ningen-Isu and artist Mark Rudolph. We showed off our photos from Hoverfest. And we took a deep, deep dive into Lamb of God's Ashes of the Wake, a big album you may have skipped due to the stain of lamestream bro-dom.

Alright, consider the decks cleared. What did we miss? What are your plans? Let us know and the reams of streams, and other noted details below. 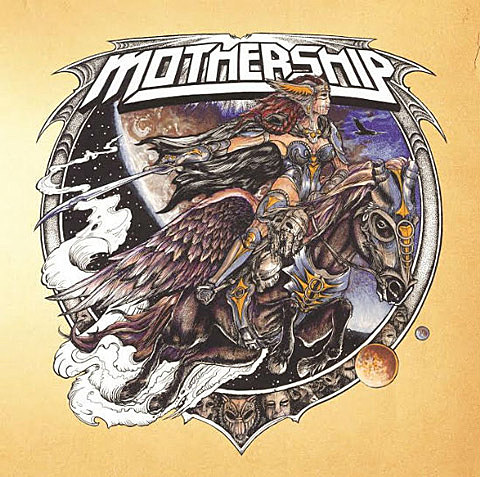