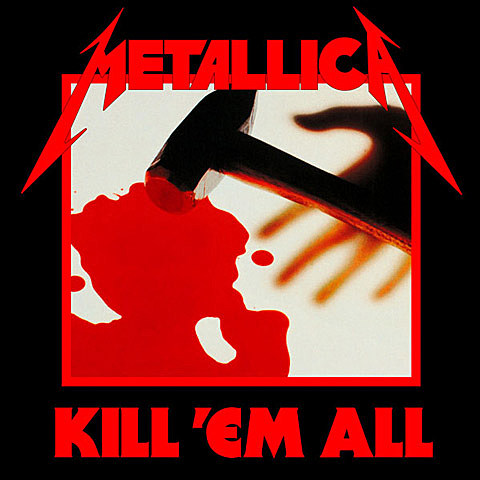 Metallica are going to get some classics back out on wax. On September 16, Blackened Recordings (I see what you did there) will release four vinyl represses. So let's play, ONE OF THESE THINGS IS NOT LIKE THE OTHERS: Kill 'Em All. Yes. Ride The Lightning. Yes. ...And Justice For All. Yes. Death Magnetic. Ah. The band will also drop a slimmed down version of Live Shit: Binge & Purge on the same day.

Also happening next week? Bloodbath will announce their new singer. I haven't seen people this anxious to find out the origin and whereabouts of a guttural since my cat vomited this morning. Bloodbath's next one, Grand Morbid Funeral, is out November 17 through Peaceville. The band will also be playing Maryland Deathfest 2015.

King Diamond has an opener for his North American tour starting in October. It's the occult rockers Jess and the Ancient Ones, a band featuring one of the weirder connections in metal with a link to cult-adored death metallers Demilich (who are also playing Maryland Deathfest 2015). Maybe Jess will finally cover "The Planet That Once Used to Absorb Flesh in Order to Achieve Divinity and Immortality (Suffocated to the Flesh That It Desired...)." The King Diamond tour plays a sold out New York's Best Buy Theater on October 14. Watch a few King Diamond videos below because Friday.

Unfortunately, Belphegor won't be touring the US. Singer/guitarist Helmuth Lehner has scrapped the package that included Rotting Christ, Beheaded, and Svart Crown to be with his mother during her final days. While the bill will be a little slimmer, Dead Congregation and Immortal Bird will still play their NYC show on  October 20 date at NYC's Saint Vitus.

Finally, Pallbearer have a heck of a tour brewing. . . that's only hitting the West Coast in December. They'll be joined by Sólstafir and Mortals for the Holy Crap Take My Money Tour* (*not the official name. . . yet). All of the dates are below. Oh well, NYC fans, you'll have to make due with back-to-back shows at Saint Vitus on October 27 and 28 with Tombs and Vattnet Viskar. *weeps* - Midwest. 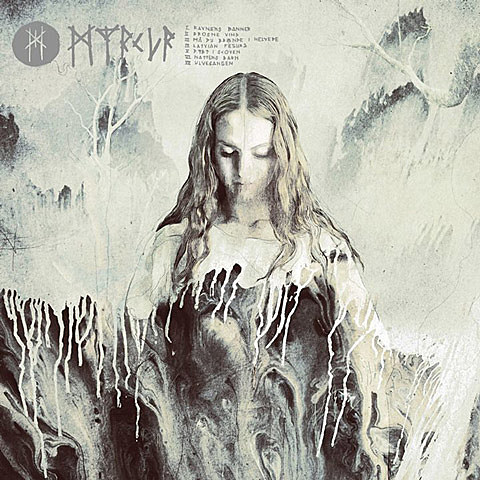 Full releases first: Iron Reagan and Myrkur are both streaming their new albums on Pitchfork Advance. Iron Reagan's crossover attack is called The Tryranny of Will and will be out on September 16 via Relapse (preorder). We also recently interviewed singer Tony Foresta on Invisible Oranges. Solo black metal act Myrkur's self-titled EP will also be out on September 16 through Relapse (preorder).

MORE: Busy blasters 1349 brought their Massive Cauldron Of Chaos to another boil (September 30, Season of Mist - preorder). Corrosion of Conformity brewed up some visuals for "On Your Way." They'll be hitting the road with GWAR and Decapitated soon. Krieg also cut together a flick for "Ruin Our Lives." And, finally, Pyrrhon -- fronted by a familiar fellow with a name rhyming with 'Doug' (I'm bad at this) -- have a new video out "Sleeper Agent" directed by IO guest contributor David Hall. So I guess that makes it, wait for it, VISIBLE ORANGES. Oh cool, I've been fired. You can check out all the goods below.

SATURDAY (9/13): You can get a taste of the metallic at Basilica Sound Scape 2014: Day Two with Deafheaven and heavier-than-most-heavy-things Swans  (sold out).

SUNNNNNNNNNNNNNNDAY (9/14): Speaking of heavy things, sludge stars Crowbar, Revocation, Havok, Fit for an Autopsy, and Armed for Apocalypse hit the Gramercy Theatre (tickets). And if you missed them Saturday, Deafheaven play Music Hall of Williamsburg (tickets).

Let's talk IO: As always, we tracked the week's new releases with, uh, Upcoming Metal Releases. We showed off new albums from Lago and Ingurgitating Oblivion. We reviewed Earth, Muscle and Marrow, and Ævangelist. We got our talk on with Iron Reagan's Tony Foresta, Nightbringer's Naas Alcameth, and Cannibal Corpse's Paul Mazurkiewicz. Finally, our buds in Immortal Bird are going on tour. Don't yell "Freebird" at them. Or hold up a boombox a la Say Anything that's playing "Surfing Bird." Or. . . do. Live your life, bro.