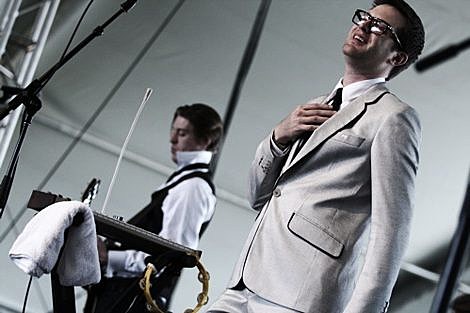 The Heavy are co-headlining a tour with Mayer Hawthorne & the County this fall. Kicking off in Philly on October 16th (a week after Mayer plays ACL), they'll quickly hit NYC for two shows. Those are October 17th at Webster Hall and October 18th at Music Hall of Williamsburg. Tickets for both go on sale today (9/15) at noon. All dates below...