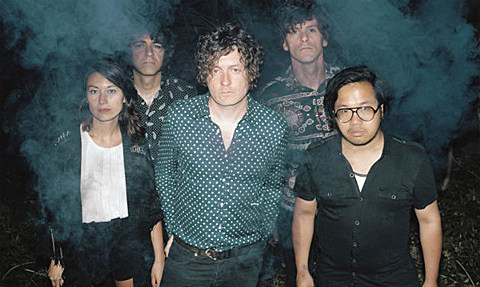 Longrunning Montreal psych/shoegazers The High Dials released their fifth album, In the A​.​M. Wilds, in February which nicely mixes atmospherics and noise without sacrificing pop hooks. That's been their MO since the early '00s and this new album is definitely worth spinning -- you can stream the whole thing below. We've also got the premiere of the video for the album's opening cut, which superimposes visuals for a prismatic effect. You can watch it below.

The High Dials were last in NYC during CMJ 2014. No US dates are scheduled at the moment, but they've got a couple dates in Ontario this week. Those are listed, along with the video, and streams of the new album and their very good 2008 album Moon Country, below...