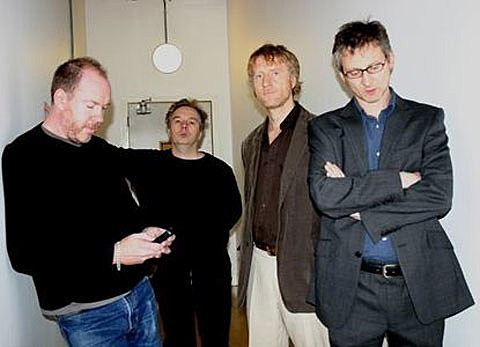 The High Llamas are back with Here Come the Rattling Trees, their first album in five years, which will be out January 22 via Drag City. Main man Sean O'Hagan (who was also in Microdisney and a satellite member of Stereolab) has always been a storyteller and this time around we've got a full-on concept album (they call it "a musical narrative"), which actually began life as a stage production that made its debut at the Montpelier Theatre pub in Peckham in June 2014, and also had a week-long run at the Tristan Bates Theatre in Covent Garden, London. Here's the gist:

The story centers around Amy, an unsettled 28-year old with a desire to travel. She finds herself in Peckham Square working in temporary employment publicizing the re-branding of the local leisure center. Peckham Leisure will pass from public ownership to private management and while leafleting in the square Amy encounters five characters, who, it transpires, have their own stories to tell. These stories have emerged from Peckham over the past 25 years and speak of buildings and change; of hopes, ambitions and disappointments.

Musically, this is what we've come to expect from The High Llamas and O'Hagan over the last 20+ years: vibes, flutes, rich harmonies, pastoral melodies, gurgling synths, harpsichords, and giddy strings. Like most people, when I first heard the High Llamas all I could think was "Brian Wilson" (and maybe a little Steely Dan) but O'Hagan has honed such a specific style, that incorporates Krautrock, Ennio Morricone's exotica side and other influences, I really think they just sound like themselves. It's in full effect on Here Come the Rattling Trees' gentle title track that has me excited to hear the whole thing. You can listen to that song below.

Maybe The High Llamas will tour North America for the album -- it has been a very long time since they've played on these shores. Album art and tracklist, song stream and some older Llamas singles, below. 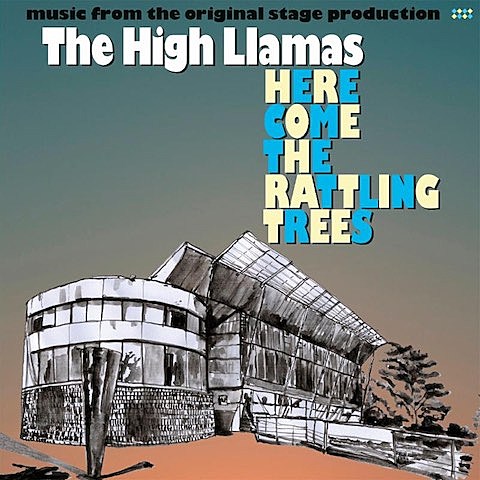