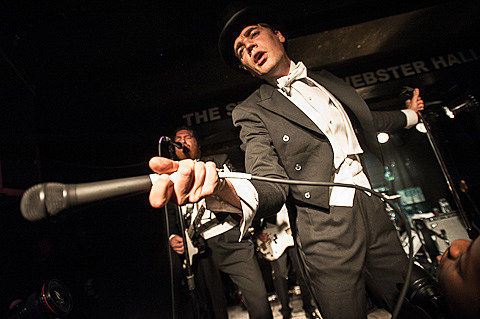 If you're still scratching your head about The Hives touring with Pink and aren't trying to see them open for a pop star in a big arena, you're in luck. The band just added their own, smaller NYC show which will happen on March 24 at Irving Plaza, in between their shows with Pink at MSG (3/22), Izod Center (3/23), and Nassau Coliseum (3/25). Tickets for the Irving Plaza show go on sale Friday (2/8) at 10 AM. If you buy tickets, you'll be automatically entered into a contest to spend the day with The Hives at their soundcheck. 1200 tickets are going on sale and 100 winners will be selected for the contest.

A couple videos and an updated list of dates below...

The Hives - "Go Right Ahead"