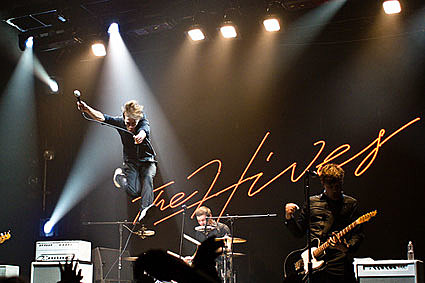 The Hives played Webster Hall last night (Oct 9, 2007). It was their first NYC-area show in close to three years. The key here is that it was a Hives show, NOT an opening slot for Maroon 5 at MSG. The Hives have never disappointed me live, and last night was no different. The band played mostly old songs, and the crowd slammed into each other all night long. Even the songs from their new album sounded like classics and got the crowd moving. 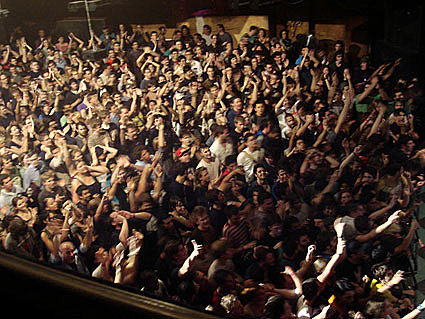 Howlin' Pelle Almqvist is still one of the best front-men in the business, and he knows it! He controls the crowd from beginning to end and lets them all know how great he and his bandmates are! When the crowd wasn't clapping to his approval, he said something along the lines of, "Come on, you inner city people - you know you bought tickets the first 5 minutes they were released, so don't pretend that you don't love The Hives!" Everyone ate it up. The set was only an hour and fifteen minutes long, but I didn't leave unfulfilled. 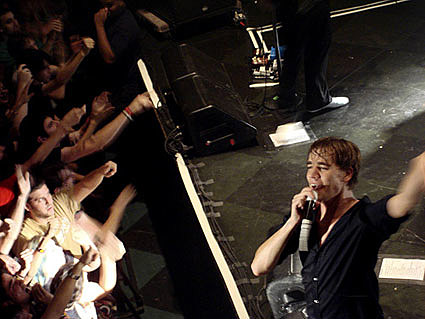 During the encore, Pelle asked the crowd if they wanted the last song to be a an old one, or a new one. The cheers were, of course, for an old song. Pelle's reply, "Well, why would I let you make up my mind for me? We're gonna play a new one!" The new song drove the crowd into one final frenzy, and proved once again that, (as the saying goes) THE HIVES ARE LAW! 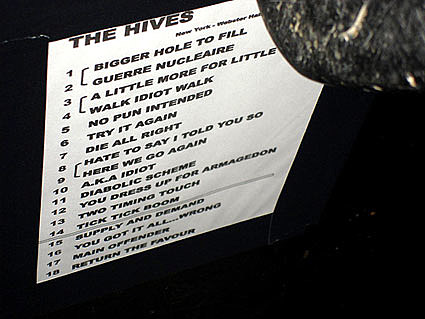 Check out Sound Bites for another take on this show. The Hives play MSG tonight, and are on tour.