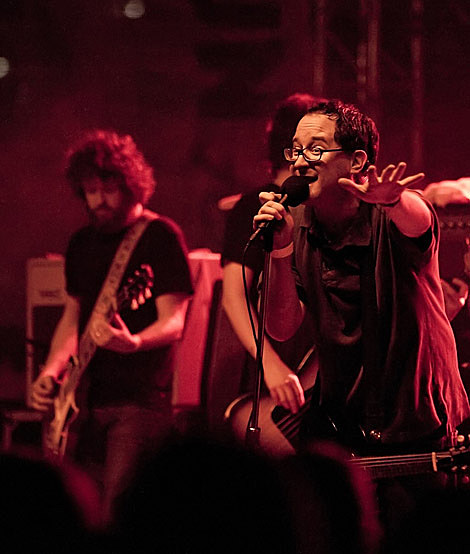 The Hold Steady will be touring Europe and Australia in February and March, but first will warm things up with special shows at Music Hall of Williamsburg in Brooklyn on January 30th and 31st. If you miss those shows you'll have to wait until April 8th when they play NYC again, but that time at the larger Terminal 5. Tickets to all three NYC shows go on AmEx presale on Wednesday, and then general sale Friday, 1/14, at noon.

The Hold Steady are no stranger to either of the NYC venues they'll be playing. In fact, Hold Steady frontman Craig Finn last made an appearance at Terminal 5 with Frightened Rabbit back in October, and the Hold Steady last played Music Hall back in April. It's cool that they still consistently switch it up between bigger and smaller venues (as opposed to just always playing the bigger ones).