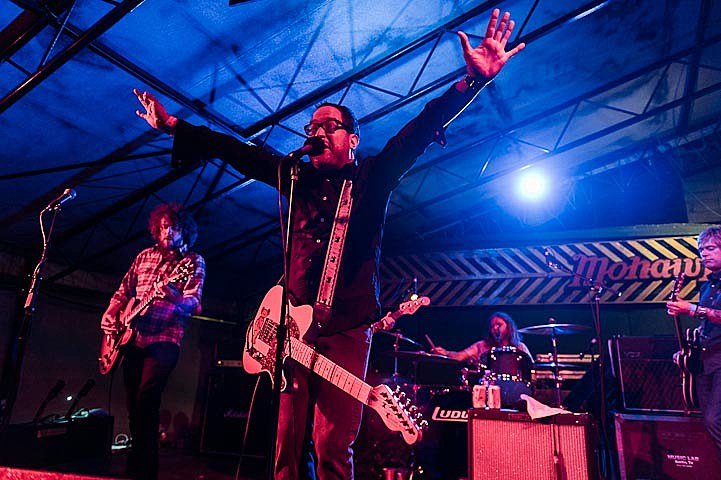 I hope all is good. I've been enjoying my time at home writing music and seeing a bunch of shows. Thank you Nick Lowe, Wu Lyf, Titus Andronicus, Archers of Loaf, and Bruce Springsteen for some great times.

Besides going to shows, I'm also going to play quite a few coming up. The Hold Steady has a very fun tour in June...

I've also got a few solo shows. The first two are in Chicago on June 2...

Also, I will be playing a show with The Baseball Project on July 5 at City Winery in NYC. I had a great time performing and hanging out with these guys last year. This should be a great show...

For all the solo sets, it will just be me and a guitar. I'll tell you some stories and sing you some songs. This is the first time I've done sets like this, and I'm looking forward to it.

Hope to see you soon.

That Hold Steady tour in June does not currently include a NYC date -- though they will play the XPoNential Music Festival in Camden, NJ in July -- but we do get frontman Craig Finn, who will team up with alt-rock all stars The Baseball Project for a show at City Winery on July 5 as part of the CBGB Festival. Tickets are on on sale now.

An Evening of Baseball History and Music Part II: The Baseball Project