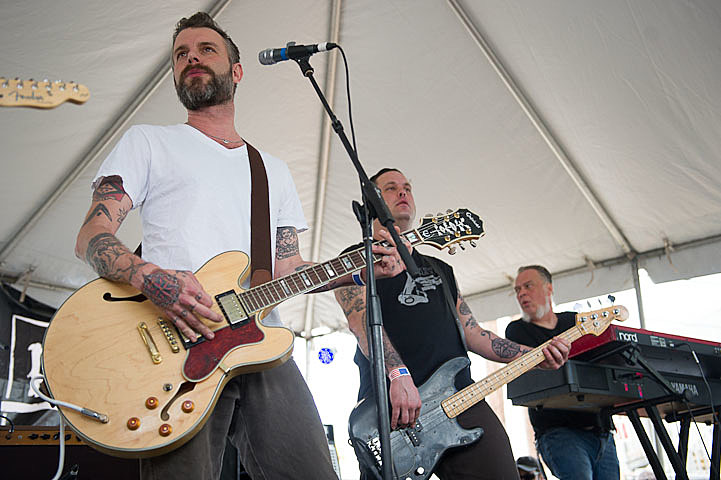 The Hold Steady and Lucero, who have a history together and are no strangers to New Year's shows in the NYC area, will be teaming up for a NYE (12/31) show at Wellmont Theatre. Tickets for what is sure to be a very drunk and wild night go on sale Friday (9/14) at noon.

The Wellmont show is yet another addition to the growing amount of NYE options in NYC and the surrounding area. So far, options include Nas at Radio City, My Morning Jacket in Boston, and They Might Be Giants' 3-night run at MHOW. The Disco Biscuits are also doing a NYE run in NYC, with four nights at Best Buy Theater from December 26-29 and NYE (12/31) at the Theater at Madison Square Garden. Tickets for all 5 Disco Biscuits shows (and a 4-day pass option for the Best Buy Theater shows) go on sale Friday (9/14) at 1 PM, with an AmEx presale starting Wednesday (9/12) at 10 AM and an AEG Live presale starting Thursday (9/13) at 11 AM for the Best Buy Theater shows.

Lucero recently made a 10+ minute mini-documentary about the making of this year's Women & Work album, and also recently made what is their first music video ever for that album's title track. About the video, frontman Ben Nichols said, "Our fans have made videos over the years, we've never made one ourselves until now. Why? Basically because we're unorganized and lazy." You can watch their mini-documentary and the music video, along with a list of Lucero dates and Hold Steady dates, below.