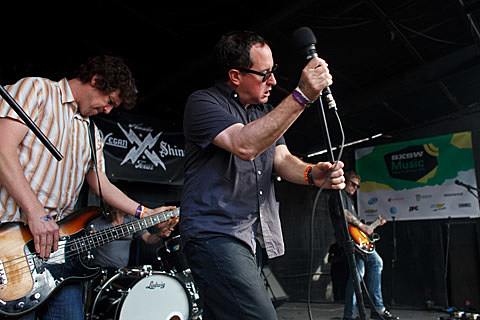 The Hold Steady were just down in Austin for SXSW, where they played a number of shows ahead of their new album, Teeth Dreams, which comes out next week (3/25) via Razor & Tie imprint Washington Square. One of those shows was our free Saturday BrooklynVegan day party at Red 7, where they wrapped up that day (and the entire 3-day run of parties) with a super fun outdoor set in the sun after the morning's rain had cleared. Pictures of their set from that show are in this post.

Though we still have to wait a few days to get the new Hold Steady album, there's a full stream available to listen to now on iTunes Radio. The album has some studio shine courtesy of Nick Raskulinecz (Foo FIghters, Ghost), but even if that sort of thing bothers you these are just more great songs from a consistently great band. Check it out. 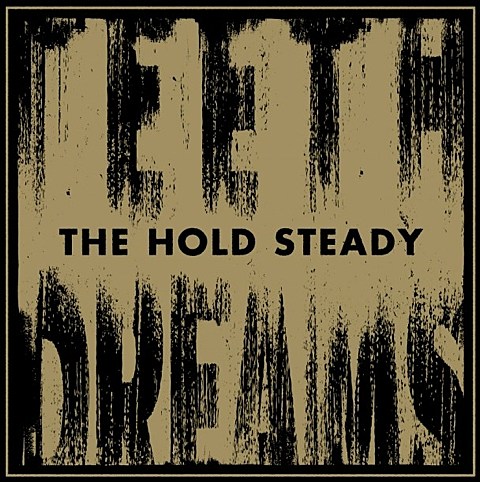 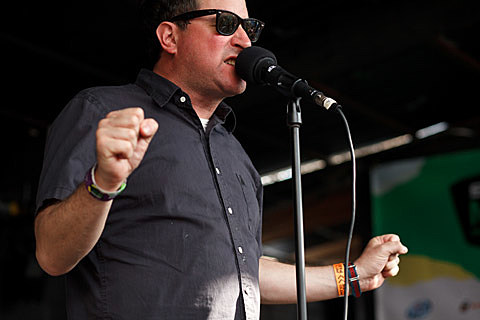 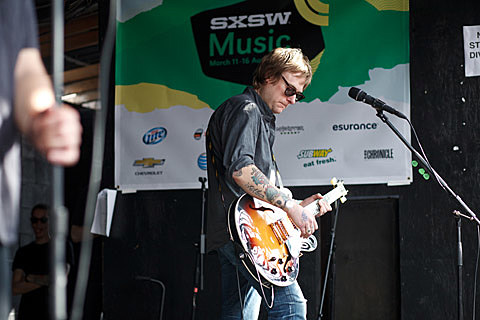 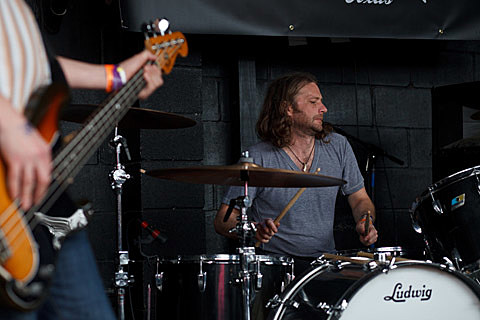 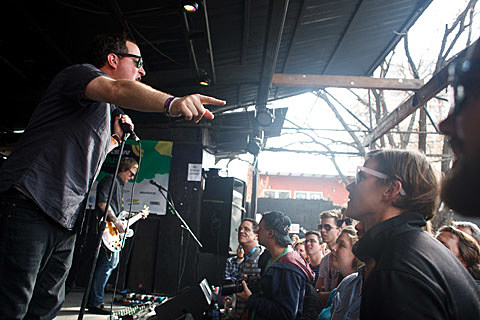 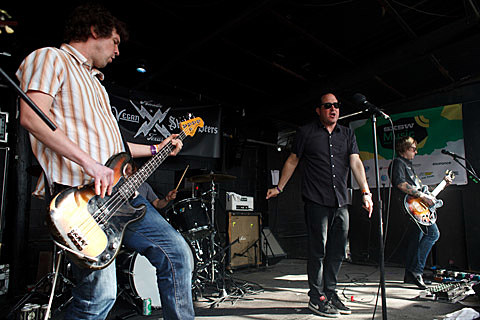 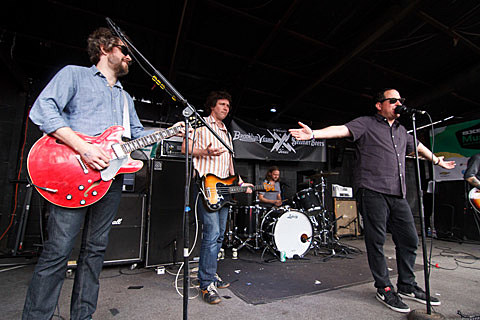 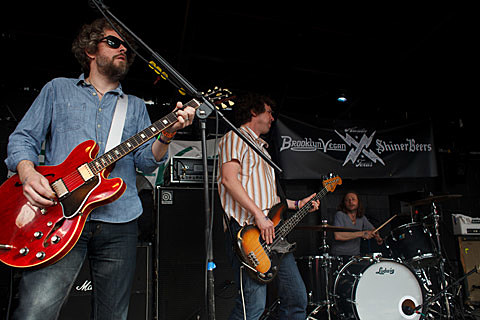 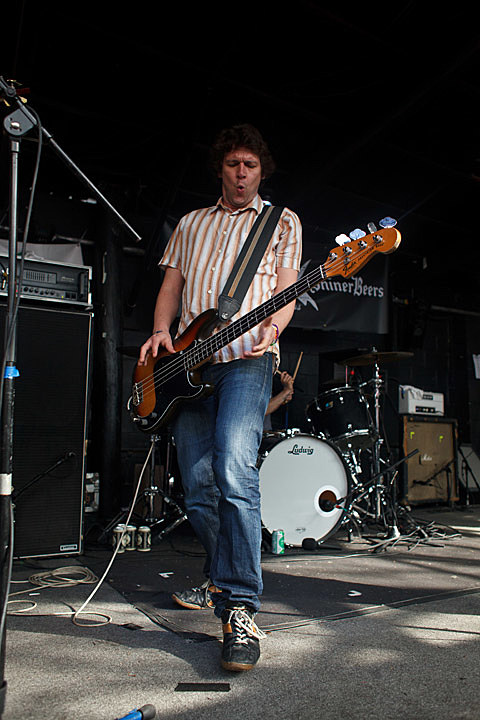 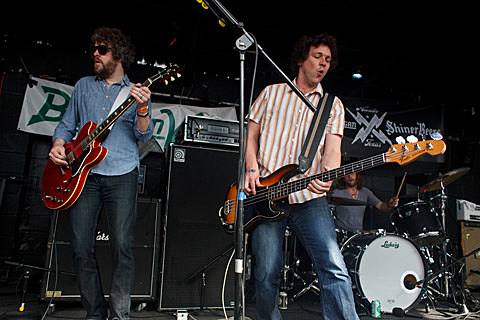 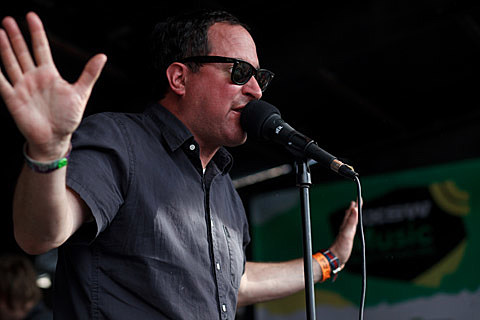 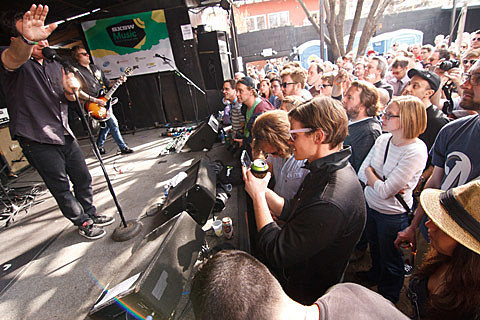 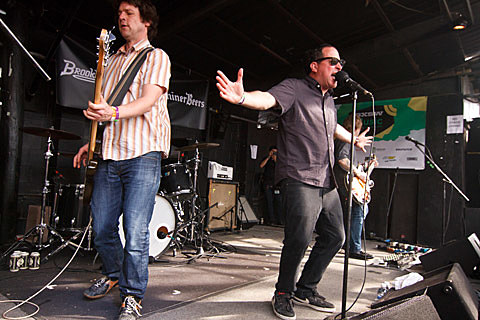 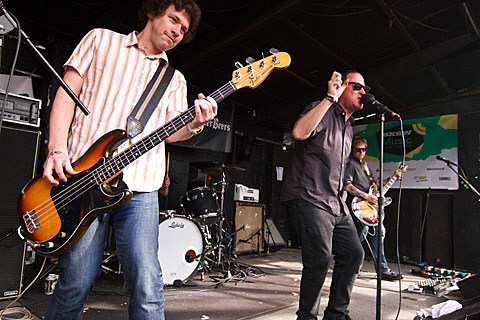 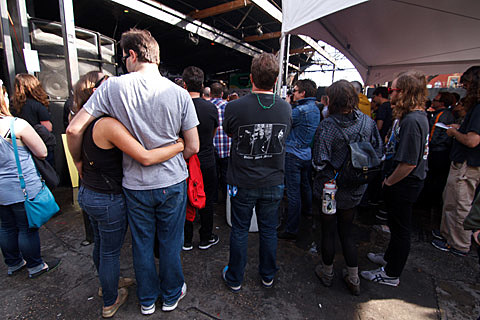 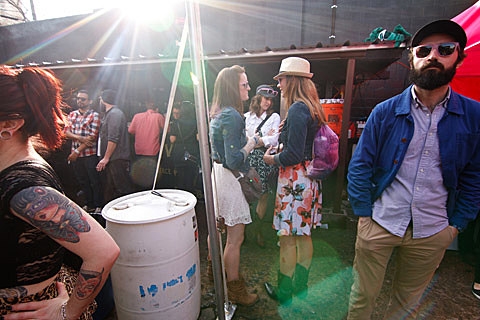 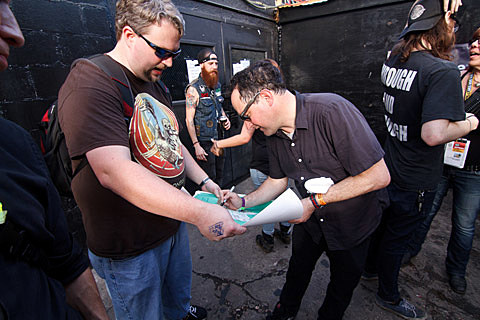