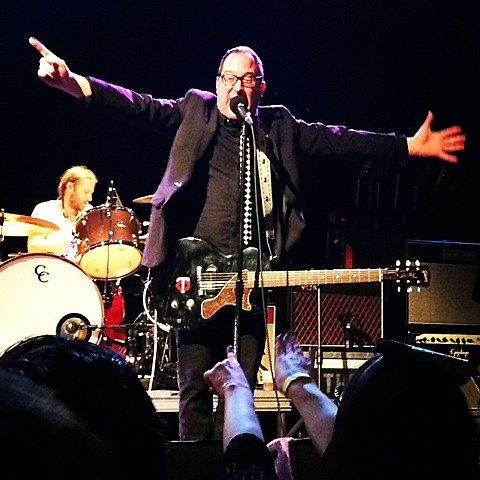 Photo: The Hold Steady @ MHOW on NYE (via SJO)

The Hold Steady celebrated the new year and bassist Galen Polivka's birthday with two Music Hall of Williamsburg shows with The So So Glos, first on December 30 and then again on New Year's Eve. Did you catch one? Or both? Check out the setlists from both nights, via The Hold Steady Facebook, and a video of them singing "Happy Birthday" to Galen into a confetti-filled performance of "Constructive Summer," below.

THS have now announced yet another NYC show, billed as "Rockonfoundation.org presents All Star 2015 with The Hold Steady," happening February 13 at Bowery Ballroom. Tickets go on sale at noon on Friday (1/9) with an AmEx presale starting noon on Wednesday (1/7).