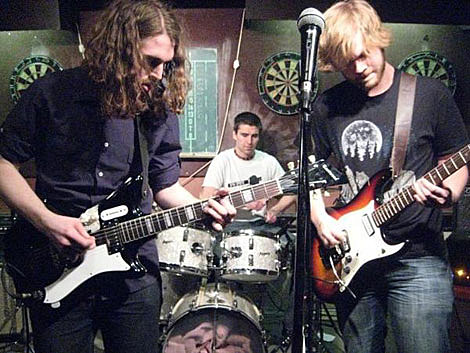 Earlier in the week I highlighted a few bands including Mitch Easter who is at Maxwell's tonight (8/20) and Beach Fossils who are one of many bands playing the Underwater Peoples showcase at Market Hotel on Saturday (8/22).

Here are a few more show suggestions to take you through the weekend. You've got two chances to catch Edmonton, Alberta demented psych-punks Wicked Awesomes who play Cake Shop tonight (8/20) and Silent Barn on Friday (8/21). Like their Psychic Handshake labelmates Red Mass, these Canadians seem to revel in the dark musical arts of reverb, tape effects, sonic sludge and generally out-there'd-ness. (Maybe not that dissimilar to Blank Dogs if you want a NYC equivilant.) You can download "Ghost Beach" at the top of this post, though you might also want to take in "Time Shit and Crystal Snot" from their Myspace. 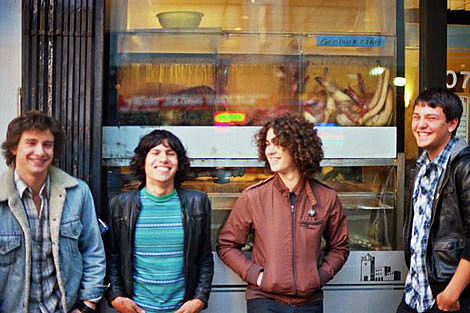 Staying on the scuzzier side of things, we've got two Bay Area bands in town as well this weekend -- Impediments and Buzzer -- both of whom mine the mid-70s glam-punk scene for inspiration. And both share members. They play Don Pedro's on Saturday (8/22), Death by Audio on Sunday (8/23) and Alligator Lounge II in Greenpoint on Monday (8/24). The Impediments, still in their teens, are pretty straight-up from the Dolls/Dead Boys school of snotty rave-ups, nothing really new added to mix, but the youthful energy brings a sense of the new to it all, and it's a sound that never really goes out of style as long as there's good songs and attitude to carry it. You can download "You Want a Square" at the top of this post. The band were interviewed earlier this year by Thrasher Magazine:

Thrasher: There seems to be a recent resurgence of bands emulating the '70s punk vibe, with a lot of songs that touch on various themes of teenage life. Is it weird being one of the few of these bands with actual teenagers in the lineup? Do you guys get turned down from 21+ clubs because of your age?

Ray Seraphin: Can't really care about it. We are so far removed from bands like The Briefs and The Riffs that I don't even think it's worth discussing. We write what comes out of us; we're not aiming for something. We're not the Stitches. We're not cool 20-somethings with spiked hair, neon colored sunglasses, and trendy heroin addictions. We're not automatons thinking that everything Johnny Thunders shot up his dick is totally rad. We're a bunch of dorky kids who like dorky records. We haven't got turned down by a venue for our age as of yet, but we often get kicked out of bars after we're done playing while they keep our draw. Fun!

Ray is also in Buzzer with whom the Impediments are on tour. The band only have two 7" singles out so far (you can download their debut, "Disco Kidz" at the top of the post), but I think I give them the slight edge between the two groups. There's a darker vibe, maybe a bit of a Damned thing going on, and both A-sides are ace. Worth checking out. 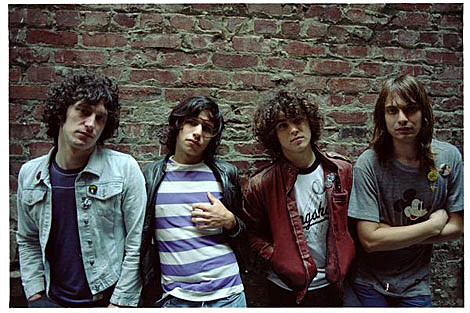 A couple more items: If you got tickets to see one of Nine Inch Nails' shows over the next week, show up early to catch The Horrors who have made one of the better albums of 2009. Like a lot of people I didn't pay that much attention to them previously but damn if Primary Colours isn't kind of amazing and totally deserving of its Mercury Prize nomination. Mind you, I'm prone to like things that owe to '80s post punk and goth, as well as '90s shoegaze, but they transcend the influences I think. Like My Bloody Valentine's Loveless, some of the sounds on the record make you wonder if you're stereo is melting. In a good way. You can download "Sea Within a Sea" at the top of this post and check out their trippy video for new single "Mirror's Image" further down. I haven't seen them play anytime recently so I have no idea if they can pull it off live, but I plan on seeing them when they hit town again next month -- Bowery Ballroom on 9/17 with Crocodiles.

For those of you still mourning the loss of '80s teen movie kingpin John Hughes, come to Cake Shop Saturday Night (8/22) for an "All-Star 34 Band Salute to John Hughes" ending with what is being promised as "DANCE PARTY OF THE YEAR AFTERWARDS!!!! UPSTAIRS AND DOWN!!!" on Cake Shop's Twitter. As someone who obsessively tracked down all the songs from Ferris Bueller's Day Off, this sounds like fun. No word on what bands are participating, but knowing Cake Shop we should get some of the usual NYC suspects I'd think. They've still got slots to fill, actually, so if you have a band and you've always wanted to cover The Flowerpot Men's "Beat City" or Oingo Boingo's "Wild Sex in the Working Class" or The Apartments' "The Shyest Time" drop a line to the Cake Shop folks (capeshokbooking@gmail.com). And ladies, if you can't decide which dress to wear, my advice is to stitch them together into one much worse looking creation. And then choose the wrong guy.

Videos, flyers, and tour dates are after the jump... 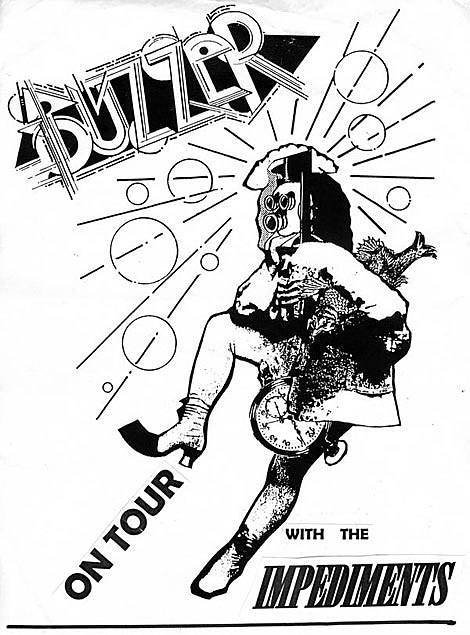