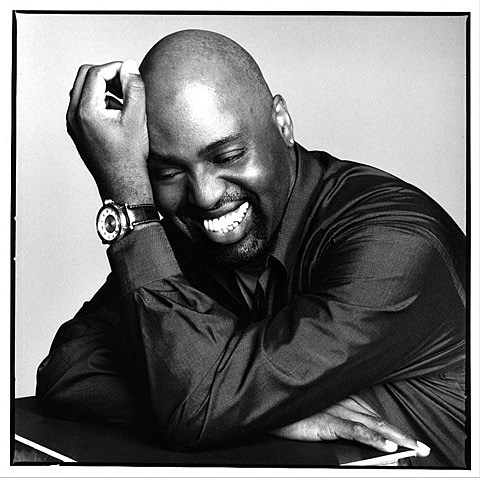 We lost house music pioneer Frankie Knuckles earlier this month and tributes are still pouring in, none more notable than former Chicago resident and current man in charge President Barack Obama and First Lady Michelle Obama. They released a condolence letter to Knuckles' family that read in part:

Frankie's work helped open minds and bring people together, blending genres to capture our attention and ignite our imaginations. He was a trailblazer in his field, and his legacy lives on in the city of Chicago and on dance floors across the globe.

You can see a photo of the letter below.

Frankie was such a lovely man and a great talent and his legacy provides a powerful voice to reach out to people, particularly men of colour, about their essential role in helping to create an AIDS-free future.

In more musical news, The Horrors just covered Frankie Knuckles' classic single "Your Love" as part of a session for BBC DJ Zane Lowe. Recorded live at the Beeb's famed Maida Vale studios, you can stream that below as part of the whole session -- "Your Love" kicks in at the 18 minute mark. Perhaps they'll play it at their Converse Rubber Tracks show next week (which is now sold out).

And lastly, Summerstage is presenting "Whistle!: A Tribute to Frankie Knuckles" at Bed Stuy's Herbert Von King Park on June 22, featuring the Soul Summit DJs, DJ Kervyn Mark, and DJ Stormin' Norman. There will also be a screening of the director's cut of Hands to the Sky, a documentary about the outdoor house music scene. You can check out a trailer for that below... 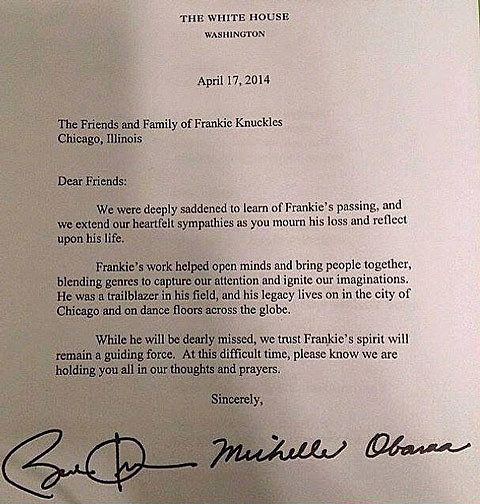 Hands To The Sky preview