photo: The Hotelier at The Studio at Webster Hall in 2015 (more by Mimi Hong) 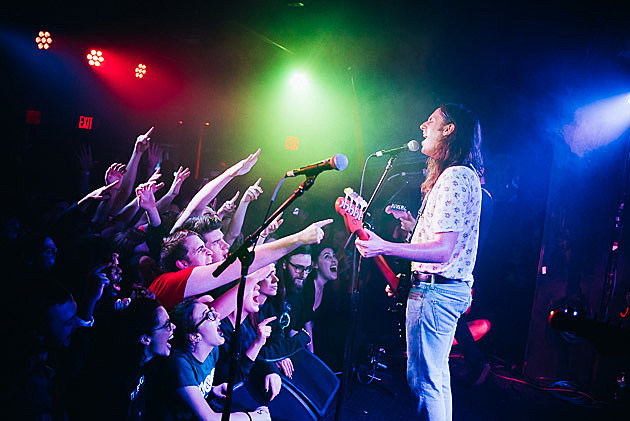 The Hotelier will follow 2014's Home, Like Noplace Is There with their third album, Goodness, this May via Tiny Engines. They just released a NSFW album trailer, which features a three-minute acoustic song. The album was produced by Seth Manchester (The Body, Battles), and the trailer was directed by Xirin. Check it out below.