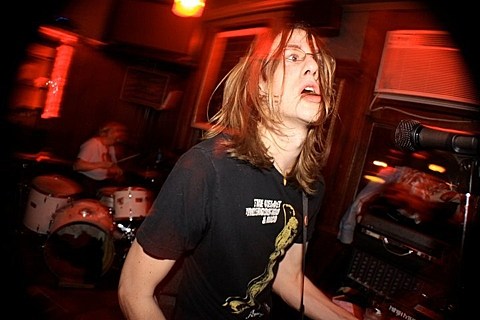 Wisconsin duo The Hussy are set to release a split 12" with Digital Leather on May 6 via Southpaw Records, and one of their contributions to that split, "WWDLD," is making its premiere in this post. It's a nice dose of noise pop with almost every instrument covered in a layer of distortion, but with catchy yelping vocals and a synth line that earn it the "pop" tag. You can check it out for yourself by streaming it below.

The Hussy just kicked off their tour with fellow distortion-lover Nobunny, and as discussed, that tour hits NYC on February 5 at Baby's All Right. Tickets for that show are still available.

Updated dates are listed, along with the song stream, below...