The Impalers at Chaos in Tejas 2011 (more by Fred Pessaro) 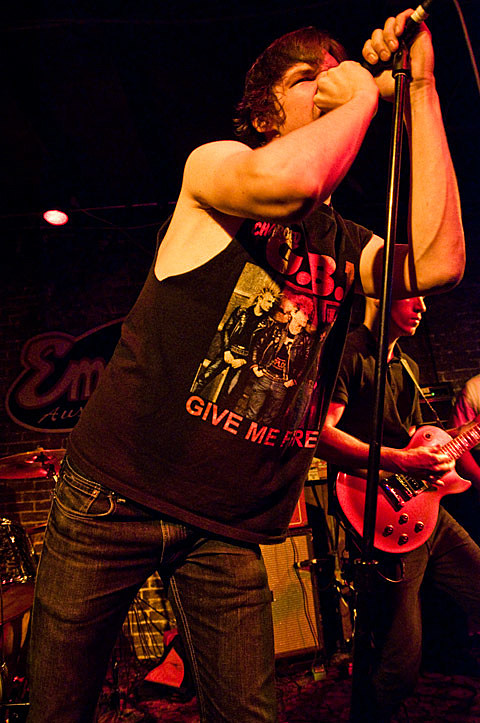 The Impalers, the more-punk leaning project of Chris Ulsh (Mammoth Grinder, Power Surge and more), are readying their self-titled debut for 540 Records. The follow-up to the band's revered demo and 7", the LP features a pair of new tracks, "Spider Sisters" and "Wrecking Ball," both of which are streaming below.

The Impalers will have copies of the release on hand when they hit the road with yet another Ulsh project, Vaaska, who will tour the East Coast in August. Look for the bands to hit Acheron on August 17 with Back to Back. Tickets are on sale. Vaaska have a release of their own coming with 540 Records, a split with Skizophrenia, though no word as to whether it will be ready by tour time.

The announcement of the new Impalers record comes on the same day that 540 Records readies another FOUR releases, including the pre-Ashes to Ashes 1985 demo by Cali-crust favorites Final Conflict, Framtid's Consuming Shit And Mind Pollution (a collection of early demos), Ego Summit's The Room Isn't Big Enough, and the classic Fun Fun Fun EP by Big Boys.

Reminder, the great Chris Ulsh has no less than four LPs slated before September after releasing new Hatred Surge, the new Power Trip AND readying the new Mammoth Grinder LPs.

Tour dates and streams are below.