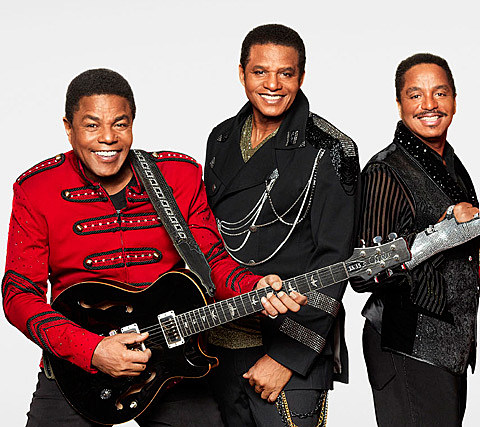 We've been posting a lot about Jacksons lately. Janet is gearing up for a new album and tour (tickets to her NYC-area shows are on sale now), and the entirely unrelated Joe is too. Janet's brothers Tito, Jackie and Marlon are still playing together as The Jacksons and will be on tour later this summer with a few NYC-area shows. (Jermaine changed his last name to "Jacksun" in 2013 for "artistic reasons" and isn't a part of this tour.) They play Long Island's The Paramount on September 3, Newark's NJPAC on September 4 with The Commodores (with no Lionel Richie), and White Plains' Westchester County Center on September 17 with The Temptations Review (ft. longtime Temptations singer Dennis Edwards).  Tickets for those shows are on sale now.

All dates, including shows in Atlantic City and CT, are listed below...