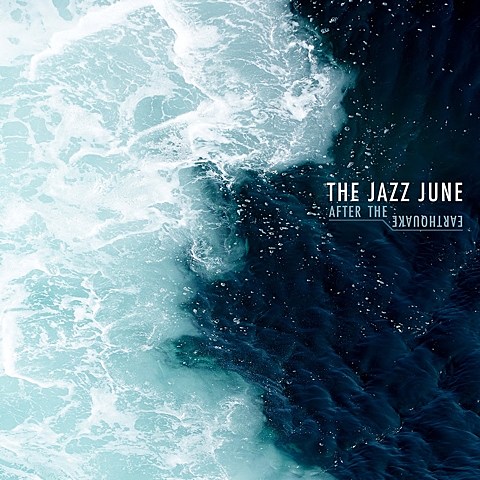 Earlier this year, emo veterans The Jazz June put out their first new song in 12 years on a split with Dikembe, and mentioned that a full length produced by Into It. Over It.'s Evan Weiss was to follow. That album has now officially been announced. It's called After The Earthquake, and it will be out on November 11 via Topshelf (the same label that released Braid's comeback LP this year). It follows 2002's Better Off Without Air. That's the album artwork above and you can check out the tracklist, which includes "Over Underground" from the Dikembe split, below. (Their latest dates also say they play Fun Fun Fun Fest. A new addition to the Austin fest? We're not 100% sure yet, but stay tuned for confirmation on that.)

Into It. Over It. will be involved with other emo veterans this year too. His tour schedule includes opening the 10/11 date of American Football's three night run In NYC, and opening most of the Mineral tour.

Speaking of, Mineral singer Chris Simpson (also of The Gloria Record), is releasing a new album with his Zookeeper project this year, Pink Chalk, which is due out on October 14 via Count Your Lucky Stars (the label run by Empire! Empire!, whose new LP features a guest appearance from Chris). Chris stopped making music you can accurately call "emo" a while ago, and this new song is more along the lines of singer/songwriter indie. Good stuff no matter what genre name you give it, as you can hear (via Stereogum) below.

The Jazz June - "Over Underground"

The Jazz June - After The Earthquake Tracklist:
1. over underground
2. after the earthquake
3. with honors
4. it came back
5. edge of space
6. stuck on repeat
7. ain't it strange
8. nothing to see here
9. short changed
10. two floors down

Filed Under: Andrew Sacher, Chris Simpson, Count Your Lucky Stars, Empire Empire I Was A Lonely Estate, Evan Weiss, Fun Fun Fun Fest, Into It Over It, Mineral, The Jazz June, Zookeeper
Categories: Music News
Comments
Leave A Comment
Back To Top