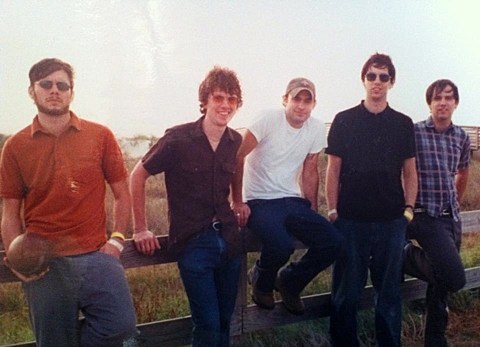 Philadelphia emo vets The Jazz June helped define the melodic emo sound of the mid-late '90s along with bands like Braid, The Promise Ring, Christie Front Drive, and others, and initially called it quits not long after their 2002 record, Better Off Without Air. They last reunited back in 2007, and now they're coming back once again for another "rebirth" of The Jazz June.

The reunion kicks off when the band plays the official Topshelf Records CMJ showcase on October 19 at Saint Vitus with atmospheric post-hardcore band Caravels, emo-y alt-rockers Have Mercy, post rockers Enemies, and one more TBA. Tom Mullen (Washed Up Emo) DJs between sets. Tickets for the show are on sale now, and a limited number of CMJ badges will be allowed in too. There's also a free exclusive 7" available for everyone in attendance which includes "Hundred Years" by Caravels and a previously unreleased Prawn song. Show flyer below.

Not long after, Have Mercy will open for another reunited emo band, Knapsack, at their previously discussed Music Hall of Williamsburg (11/17) show. I Hate Our Freedom (who also play a show with Sainthood Reps and I Am the Avalanche) are on that bill too. Tickets are still available.

Topshelf CMJ showcase flyer, and streams from all bands playing, below...

The Jazz June - "When In Rome"

The Jazz June - "At the Artist's Leisure Part 2"

The Jazz June - "Burned Out Night"

Have Mercy - The Earth Pushed Back 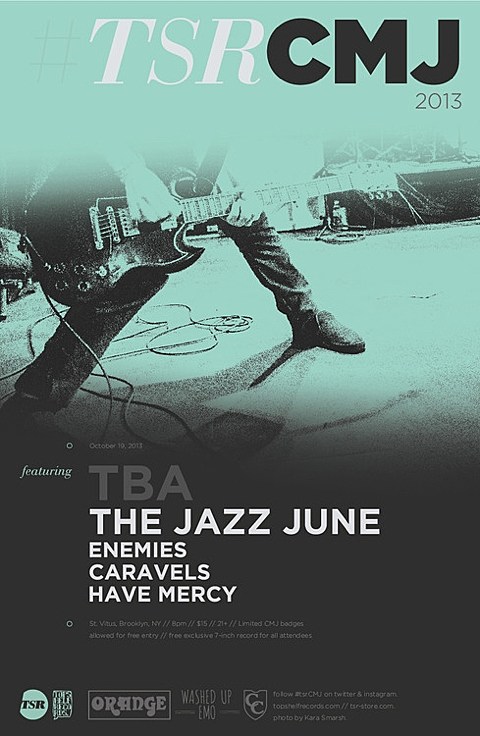