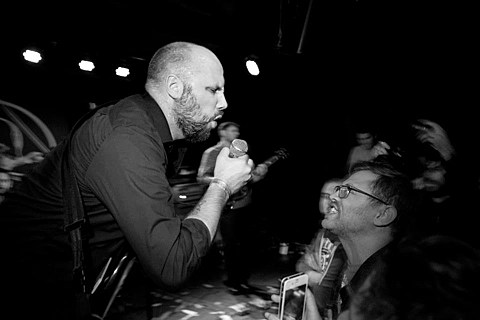 '90s Emo Reunion Month does not end. We've already heard about a potential Mineral reunion and a definite American Football reunion, plus got a new Sunny Day Real Estate release all in under a week. Now, another veteran band The Jazz June are streaming "Over Underground," their first new song in 12 years, which comes out on the previously announced split with Dikembe July 1 via Tiny Engines/Topshelf. It's a solid song for a band that's been gone for over a decade (or just in general), but doesn't sound like they're just "picking up where they left off" either. That's a good sign, since The Jazz June have an Evan Weiss-produced album coming out later this year too.

The Jazz June - "Over Underground"

And here's Dikembe's half of the split:

And if you missed it, here's that new Sunny Day Real Estate song...