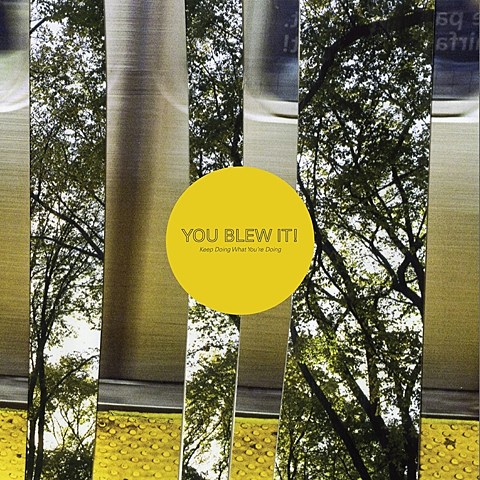 Topshelf Records has had a pretty great year, putting out records by several rising young bands across various rock subgenres (not just emo!), as well as long-awaited returns from veteran bands. Some of those artists, like You Blew It!, are already ending up on 2014 year-end lists, and we asked a few bands on the label to tell us their favorite albums of the year. Below, you'll find year-end lists from You Blew It!, The Jazz June, Cut Teeth, Nai Harvest, and label co-founder Kevin Duquette.

You Blew It! recently announced an upcoming EP on Jade Tree and a tour with Rozwell Kid (who are on their list), Tiny Moving Parts (who are an honorable mention) and Sorority Noise. As discussed, that tour hits NYC on 2/20 at The Studio at Webster Hall. Tickets for that show go on sale at 10 AM on Friday (12/5).

The Jazz June are going on a tour with labelmates Field Mouse (who are on their list) soon, which hits NYC on 12/27 at Saint Vitus (tickets). They put out their first album since 2002 this year, and also headlined the BV CMJ showcase which also featured Beach Slang, who are on their list.

In other Topshelf news, they've got a Caravels / Octaves split, a new Suis La Lune album, and new music from Kind of Like Spitting on the way. And as discussed, Bob Nanna is releasing the first City On Film album since 2005 on the label this month. He already released the first Braid album since 1998 on the label earlier in the year.

Browse the Topshelf lists below...

Honorable Mentions
1.) Margot & the Nuclear So and Sos - Slingshot to Heaven
2.) Pianos Become the Teeth - Keep You
3.) Tiny Moving Parts - Pleasant Living
4.) Weezer - Everything Will Be Alright In the End
5.) Braid - No Coast
1.) A.M. Overcast - Lexicon Palace
2.) Prawn - Settled
3.) The World Is A Beautiful Place & I Am No Longer Afraid to Die - Between Bodies