The Jesus Lizard at Irving Plaza, 2009 (more by Lori Bally)

Storied American noise rock unit The Jesus Lizard originally broke up in 1999, but reunited for a bit between 2008 and 2010, during which they played some memorable shows in NYC and elsewhere. The band are technically back together as of last year (they scheduled, and then canceled, an appearance at the 2013 All Tomorrow's Parties in Australia last October), but you wouldn't necessarily know it. When the members have engaged in publicly visible activities at all, it's mostly been oddball collaborations or solo work, like vocalist David Yow's long-awaited solo LP or guitarist Duane Denison's Unsemble collaboration with members of Einstürzende Neubauten and Silver Jews.

At least now there's evidence that the band still exists in some form, in the shape of an official Jesus Lizard coffee table book. Yes, for real. The book is a characteristically cock-eyed retrospective of the band's original 12-year run. According to its publisher Akashic Books, it offers the following:

The Jesus Lizard Book is a coffee table affair of exclusive photography, art, and other imagery with written pieces by all four members of the seminal indie rock band the Jesus Lizard. The layout is stylish and elegant, particularly in contrast with the harshness of much of the band's music. Included are many Polaroids by David Wm. Sims, a delicious recipe by David Yow, a concise list of every show the Jesus Lizard played, and writings by two producers who recorded the band--Steve Albini and Andy Gill. There is biographical material of each member that covers childhood to the demise of the group. Other contributors include Mike Watt, Alexander Hacke, Steve Gullick, Rebecca Gates, Jeff Lane, Sasha Frere-Jones, KRK, Bernie Bahrmasel, and many more.

If you need further empiric evidence that the Jesus Lizard still exist, you're in luck: the band are doing a couple events around the book's release. They'll have a signing at Barnes & Noble Union Square on March 25 (more info); and then a a book release party at Greenpoint's Word bookstore on March 26. The festivities start at 7pm; entrance is free, and Brooklyn Brewery is providing refreshments for the event. Visual contact with David Yow's hairy torso not guaranteed.

Sounds a little weird, but not nearly as weird as David Yow's recent and characteristically Yow-esque book of illustrated cat puns (also an Akashic book). You can read an interview with Yow about this crowning artistic achievement on Catster.com. A brief excerpt:

What's been the strangest reaction you've had to one of your illustrations?

It's that kind of interview, unsurprisingly. Check out a few of Yow's cat pun illustrations below... 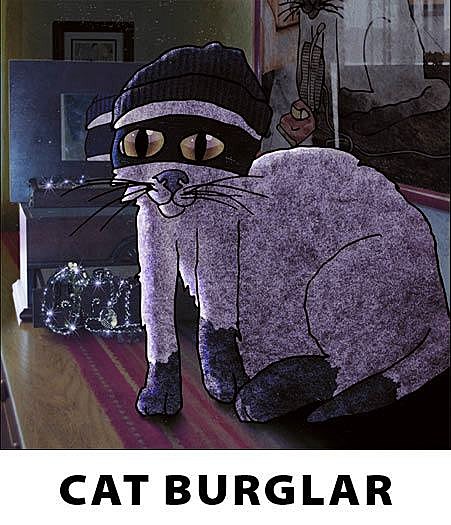 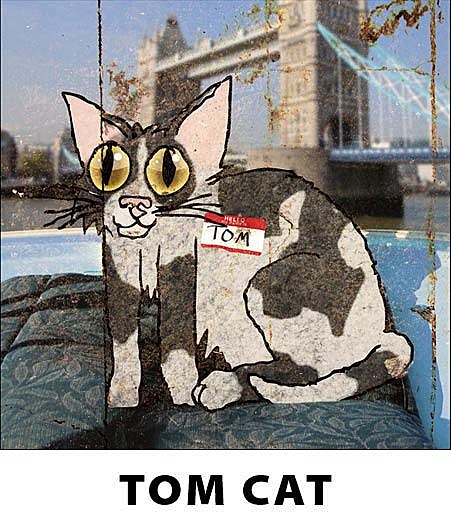 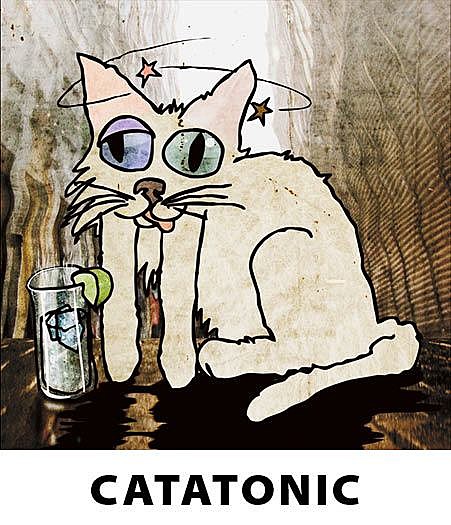